THE Monarchs of the Glen are proving a walkover for hungry chickens at one Highland hotel.

Amazing pictures show the plucky poultry perched on stags weighing up to 200kgs at the Doune Knoydart.

The wild deer have struck up a remarkable, symbiotic relationship with their feathered, domestic friends at the hotel and restaurant on the remote west coast peninsula. 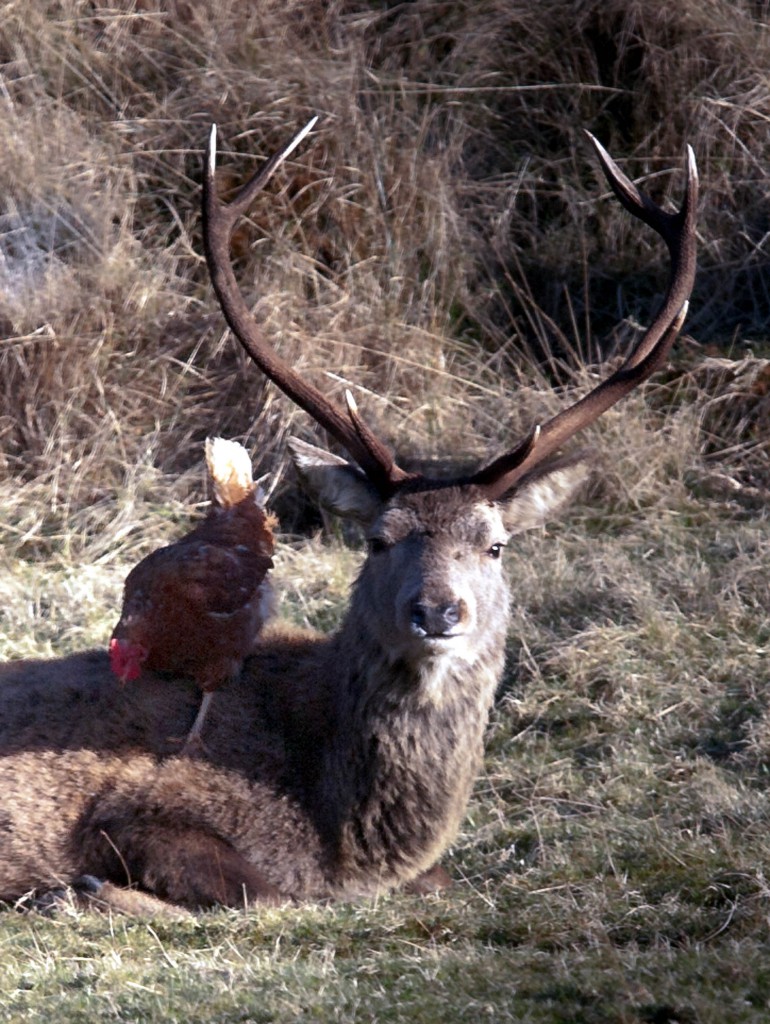 The chickens have learned that its safe to walk all over the resting stags and pluck out their troublesome ticks.

The birds get a tasty snack while the deer are relieved of nasty, burrowing beasties.

The deer come down from the hills in the late summer and autumn to breed.

Even the stags – despite being in a particularly aggressive mood at that time of the year – are happy to let the chickens hop on board. 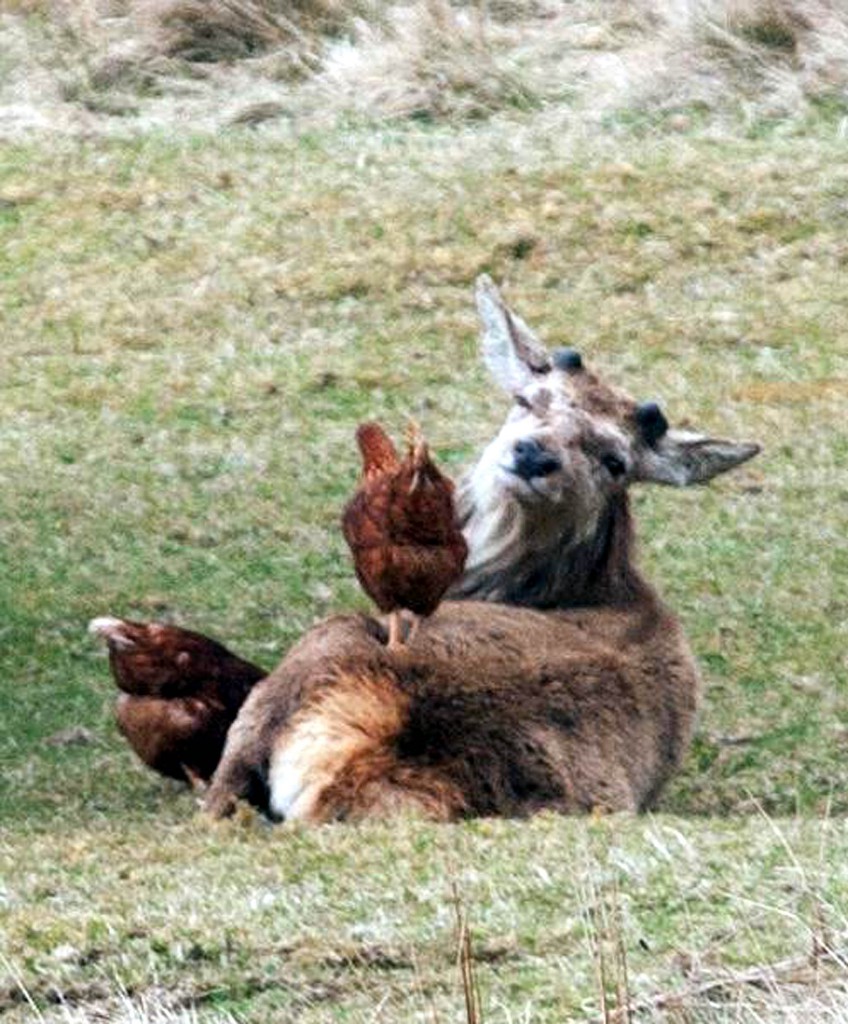 Martin Davies, who runs the hotel and restaurant with his wife, Jane, and another couple, keeps 20 chickens as a source of fresh eggs.

He admits his birds are brave to walk all over and peck creatures 70 times their own weight.

He said: “The guests just look amazed when they first saw the chickens on top of the stags.

“I’m not sure how the relationship started or when.

“I imagine it’s similar to what you see in Africa with birds picking insects off antelopes – it’s just these two species wouldn’t normally meet each other in this country.”

He added: “One day we just saw a chicken perched on top of a stag getting the ticks of its back with its beak.

“The deer don’t seem to mind the hens at all, in fact they look rather relaxed throughout the process.

“It’s quite funny when you see them walking around together.

“The stags are very big animals so the chickens are very brave – I’m very proud of them.”

Martin believes the deer give something back to the chickens by scaring off marauding predators such as badgers and pine martens.

“It’s good for us because a lot of predators like foxes or birds try and get the chickens.

“But we hope that the deers and stags will put them off,” he said.

“There has never been an incident between the deer and the chickens, despite their size.”

The Knoydart peninsula is the most remote tourist destinations in mainland Britain – accessible only by boat from Mallaig or a 2 day walk over the hills.