A PHOTOGRAPHER has captured a breathtakingly beautiful image of the Northern Lights above one of Scotland’s most iconic neolithic monuments.

The image of ghostly green lights dancing above the Callanish Stones on the Isle of Lewis was taken by Sandie Maciver.

The unforgettable sights was the result of crystal clear skies and a peak of solar activity on the sun. 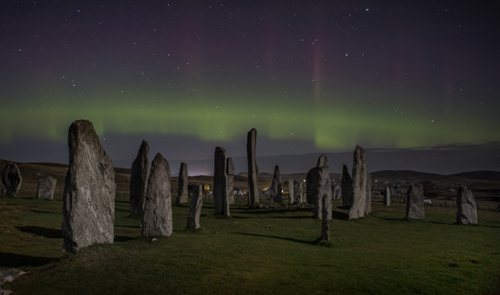 Sandie, who took the picture in the early hours of yesterday (wednesday), also photographed the Aurora Borealis at Great Bernera.

She said: “I’m an Aurora hunter, it’s almost an obsession.

“I will stay up all night to see it,” said Sandie.

“It was going on all night. When I was driving home at about 3am it was really bright. You could see it dancing.” 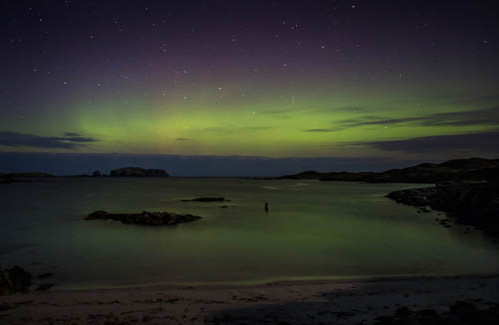 Describing what it is like to witness the Aurora Borealis she continued: “It’s awesome. I don’t know what to say. It’s almost spiritual.”

The Callanish Standing Stones on the west side of Lewis date back to around 2900 to 2600 BC and is believed to have been a focus for ritual activity during the Bronze Age.

Meanwhile aurora hunters on the Isle of Skye also witnesses stunning displays. Andy Stables, a keen Northern Lights photographer, captured an incredible image of the Aurora at Milovaig on the north west corner of the island. 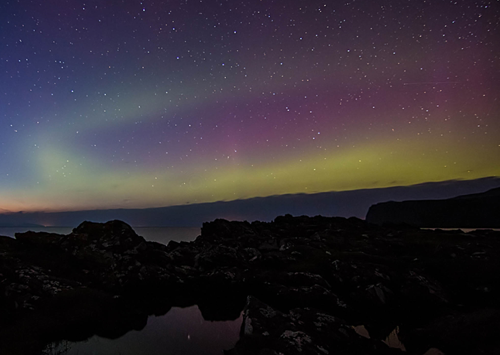 “Last night was a really good display,” he said. “This picture is a really special one because of the loop.

“The base is usually a green ark. It’s really unusual to get a loop like that. It’s usually only seen in Norway.”

The Aurora Borealis is a natural light display that predominantly appears in the Arctic and Antarctic however on clear night can also be visible in parts of Scotland.

It begins on the surface of the sun when solar activity ejects a cloud of gas. If one of these reaches earth it collides with the Earth’s magnetic field, generating currents of charged particles, which flow along lines of magnetic force into the Polar Regions. 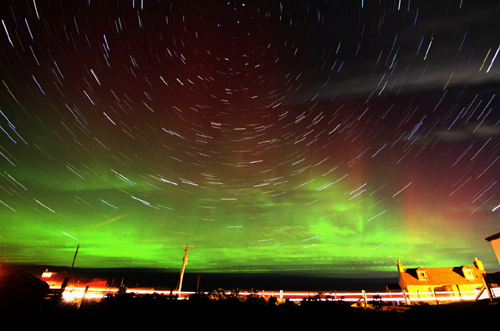 When these collide with oxygen and nitrogen in the earth’s atmosphere they produce the spectacular display, as seen over the Scottish islands last night.

Jim Wild, a Space Scientist from the University of Lancaster, explained: “The sun at the moment is in a period of relatively high activity.”

He said aurora hunters are being treated to stunning displays this year as the 11 year solar cycle reaches the maximum of its magnetic activity.