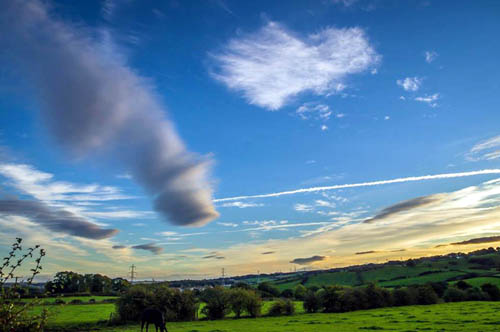 John, 60, who swears the picture is 100% genuine, said: “It gave me a bit of a laugh. I was trying to take photos of the sunset and this appeared.
“It was just a few miles down the road from where I live.” 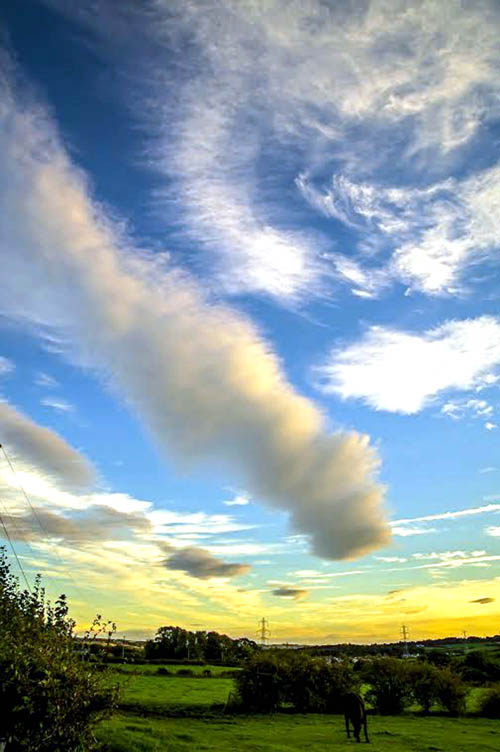 John said he did not realise until he got home just what he had captured.
“Looking at the pictures I can see it was there for  a wee while.” 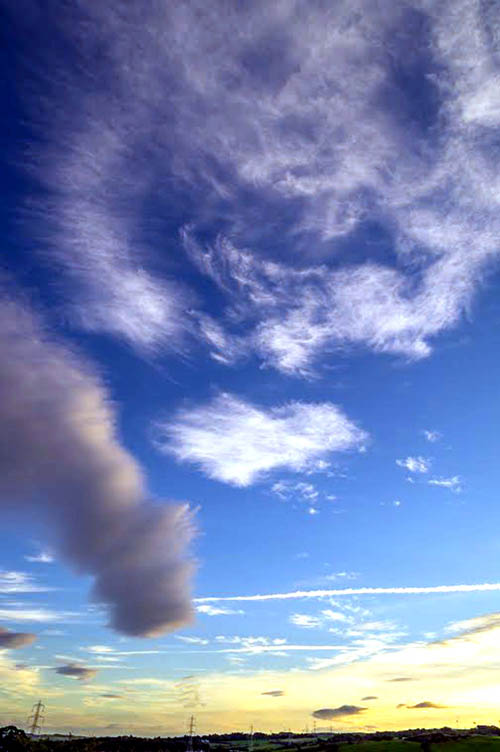 The image has caused a stir online.
Alison Crawford said: “I laughed so hard coffee came out my nose.”
Mike Gordon joked: “Good to see God has a sense of humour. And proportion.”
Alison Maloney even uploaded another photo of a similar-looking cloud above Oban (below). 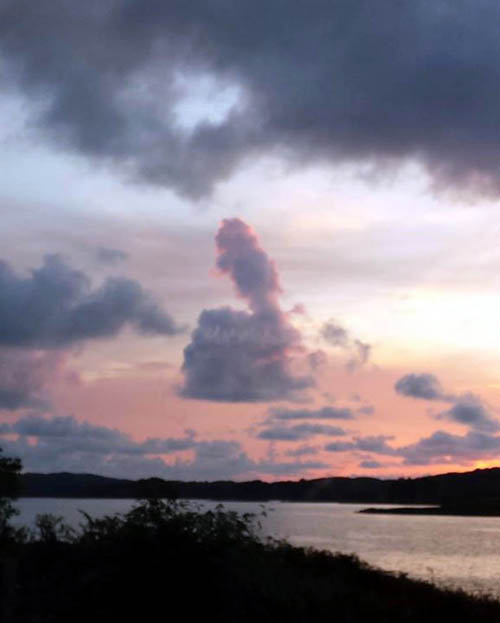 Finally, here’s the phallus-free scene of bucolic splendour John was trying to capture. 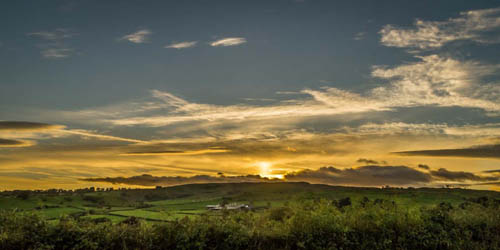