A DAUGHTER was reunited with her father after 43 years apart – only for him to die two days later.

Mary Garcia flew 4,600 miles from Texas to Kirkcaldy, Fife, to meet the father she had not seen since 1971.

But by then Jim McKelvie, 66, was dying of cancer and passed away – holding hands with his long-lost daughter – within 48 hours.

Jim, a former soldier, split up with Mary’s mother, when she was two and she moved to live in the US, losing contact completely.

The pair did not have contact of any kind for the following 43 years.


Jim’s ex-wife, Maria, finally got back in touch with him via social media six months ago, when Jim was still healthy.

Last month, the devastating news came through that Jim was terminally ill.

After she FaceTimed with her father on an iPad – the first time the pair had “seen” each other for more than four decades – Mary dropped everything and flew to Scotland.

Jim’s granddaughter, Claire Houston, from Dunfermline, Fife, said: “In September he took very ill and was taken into hospital where he was in for two weeks, then we got the heartbreaking news that he had terminal cancer.

“I immediately contacted Mary and told her the sad news and we agreed to stay in touch to keep her up to date on his progress.

“I then asked her if she would be willing to visit as it would be the greatest gift I could give to him – and she told me she would think about it as it was a huge decision.

“The following week I took my iPad into the hospital and we FaceTimed Mary in America – it was a beautiful and emotional day.

“That night Mary told me that she was going to come over and we booked her on a flight for the next day.

“She arrived just in time on the 2nd October. It was just wonderful and we connected straight away.”

Jim married Mary’s mum Maria, a Dutch woman, when he was in the army. 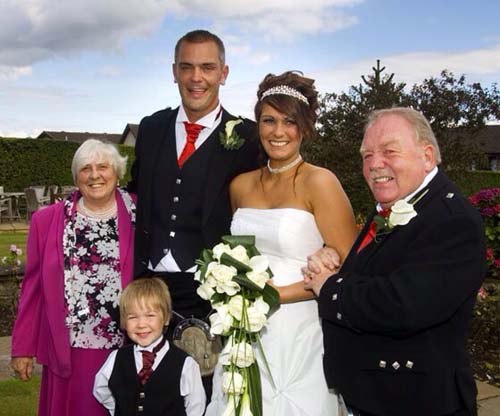 They separated when Mary was little and he hadn’t seen or spoken to her since she was two – until Maria found Jim online around six months ago and he was able to get in touch with Mary.

Claire, 36, who is Jim’s granddaughter from another marriage, said: “My grandfather also had an idea that Mary was living in America as he found out through family. After connecting over Facebook he had great hopes of finally getting to see her again but she lived in Texas – he was just so happy to be in contact with her.”

Despite his illness, the surprise visit delighted Jim.

Claire said: “By this time my grandfather wasn’t able to talk, walk, eat or drink and he opened his eyes only rarely, but he held Mary’s hand and knew she was there. 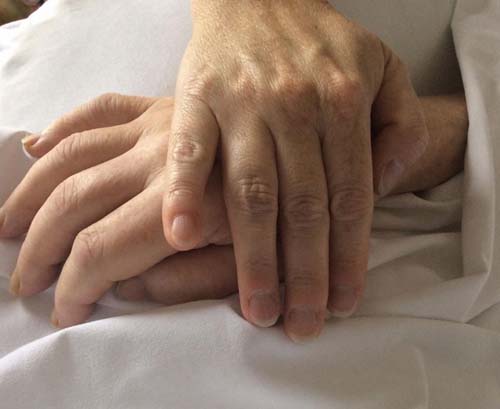 “Myself, my mum and Mary were holding his hands when he passed away on the Saturday.

“I will miss him terribly but I am glad he was part of my life. He would have been so proud of Mary and I.

“Sometimes when you meet someone for the first time it can be a bit awkward, but it wasn’t and we connected immediately. We are definitely going to keep in touch as much as we can and I am hopefully going to visit her in Texas and she hopes to visit again.

“It all happened so quickly – it’s like a story you read about.

“It’s just so wonderful that they were able to meet again after so long.”