SCOTS rockers Biffy Clyro may have gone a bit “Spinal Tap” during their rise to the top, if a document detailing their special requests is anything to go by.
The leaked “rider” for the band’s 2012 festival appearances shows the group’s management insisted on “isolated compound” of at least eight rooms arranged around a courtyard.
Despite being a three-piece, the band, their family and entourage wanted showering facilities for 40 people, 90 towels and around 60 items of furniture, including five glass-fronted fridges. 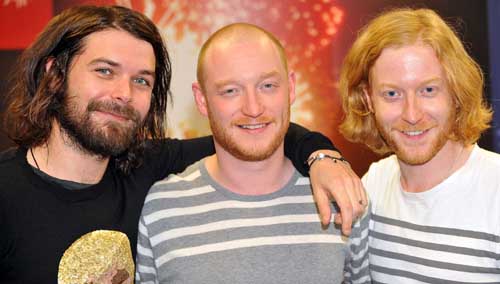 These were to be stocked with 200 bottles of water – “absolutely NO Evian” – and a further 170 beverages, including six Irn Brus.
Catering requirements included the provision of a “good chef” to make “hygienically prepared” breakfast, lunch and dinner on site, served on china plates and placed on table linen.
Among the food requests was “one bright, shiny, red apple. Perhaps a Pink Lady”. 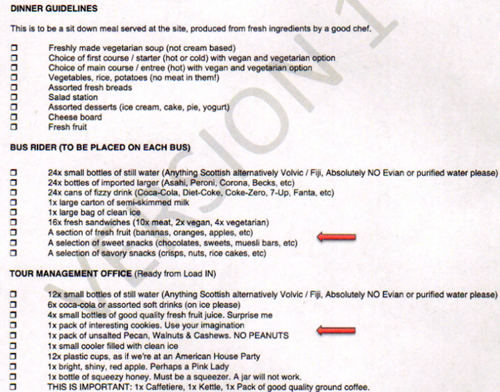 Biffy’s management also wanted two golf buggies for exclusive use, and an exclusive“runner”, capable of speaking fluent English, to take care of, among other things, the band’s laundry needs.
Biffy Clyro formed in East Ayrshire in 1995 and have gone on to have three top five UK albums including Opposites, which reached No. 1 in the UK charts. They have sold over one million albums. 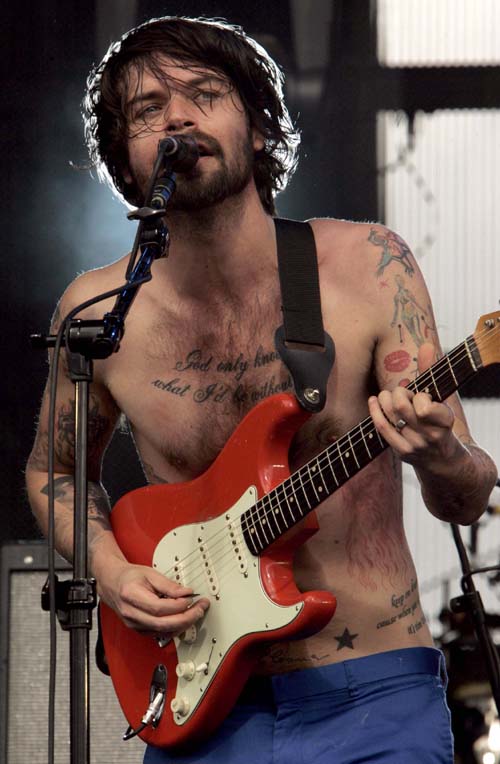 The “isolated compound” was to have a “single entrance…which should be manned with security throughout our stay”.
The rider included a diagram showing how the rooms were to be arranged around a central square, with two dressing rooms for the band, and others for family, crew, production office – “we won’t share with other acts” – tour manager and management office.
The “Biffy Clyro WC & Showers (can be two units)” had to be able to cope with up to 40 people”.
Ninety towels were required for drying off, 50 bath towels – “any colour” – in the production office, and 40 in the band’s dressing rooms – “black or dark colour”. 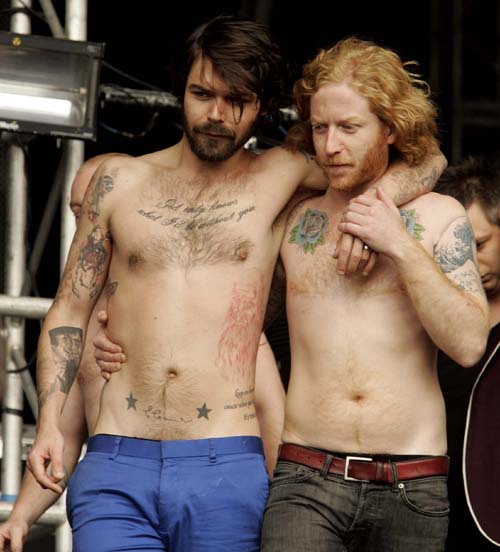 The compound was to be furnished with around 60 items of furniture including 12 sofas, 16 chairs, six coffee tables, five glass fronted fridges, one full length mirror, five trash cans, an office table and four office chairs.
The catering demand for dressing room one was made up of 37 bullet points totalling around 250 items.
These included a selection of “superfood” fruits, “including acai berries”. The band also wanted two packets of “kettle crisps (one black pepper, one surprise)”, two packets of “interesting” chocolate biscuits, a 500g piece of root ginger, two tubs of good quality organic houmous, two bottles of “hand sanitizer” and two large packs of wet wipes/baby wipes”. 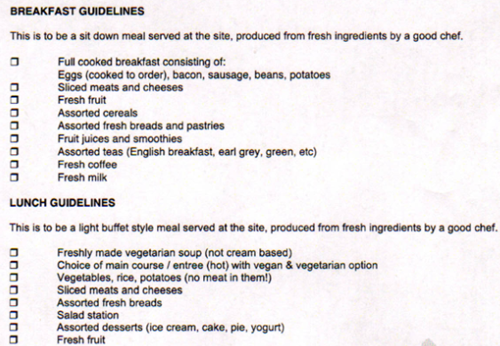 The tour management office, as well as a Pink Lady apple, wanted a bottle of squeezy honey, stating: “Must be a squeezer. A jar will not work.”
The band’s management declined to comment.
By Bob Malcolm
Share
Facebook
Twitter
Pinterest
WhatsApp
Linkedin
Previous articleScotland’s answer to School of Rock gets £300K to triple numbers
Next articleDaughter reunited with dad – two days before he dies