More than three quarters of Scottish business leaders believe urgent action is necessary to protect and enhance Scotland’s natural environment because of its importance to capital and business.

A recent survey of over 500 Scottish business leaders found that 78% supported measures to protect natural capital which includes forests, rivers, land, minerals, oceans and other natural assets on which all human life depends.

The survey was carried out by the Institute of Directors (Scotland) and The Institute of Chartered Accountants of Scotland (ICAS) and the results were highlighted at a Scottish Forum on Natural Capital event which brought together business leaders, government officials and environmental. 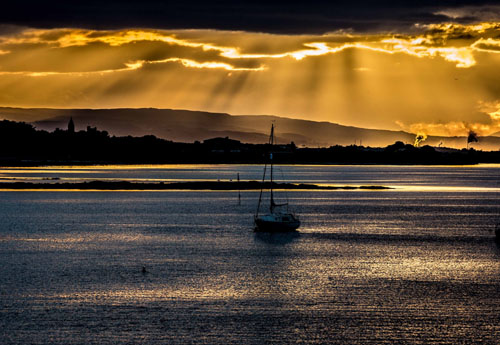 ‘Natural capital’ – the Earth’s natural assets from which we derive vital benefits –  was a new term to 61% of respondents  but once explained, 95% said they believed a better understanding of the topic would benefit business, society and the environment.

Asked about who is responsible for protecting and enhancing Scotland’s natural capital, the most popular response was collaborative initiatives between sectors (81%), with 70% saying government, 54% saying the private sector, 50% saying NGOs and 57% saying ‘the population of Scotland/community groups’.

Executive Director of the Institute of Directors Scotland, David Watt, said: “It’s clear that while many business leaders are somewhat aware of the issue, there remains a knowledge gap around a deeper understanding of long-term impact and potential resolutions. It is important for Scotland that businesses step up to protect our country’s greatest assets by becoming part of the solution.”

Assistant Director at ICAS, Anne Adrain, said: “It is encouraging to see an increasing appetite for knowledge on the relationship between the natural environment and business activities. ICAS clearly has a key role in enhancing the understanding and awareness of what is becoming an increasingly important area.”

Chief Economic Adviser to the Scottish Government, Dr Gary Gillespie, said: “A country’s natural capital is an important part of its asset base that supports economic growth, and maintaining its quality is essential for delivering sustainable economic growth over the long run.

“Scotland has a rich stock of natural capital, which supports many of our growth sectors, and many of the iconic products for which Scotland is famed. Greater recognition of the importance of natural capital will help enhance its contribution to the Scottish economy.”

“Building a fair, equitable and stable economy will depend on us restoring a healthy natural environment and this will only happen if business leaders, environment charities, governments and others work together. What is very clear from this survey is that business leaders want such collaboration for a brighter future for society, our economy and the natural world.”