RELATIVES of soldiers who died in the First World War have been banned from placing Tower of London poppies on their graves in France and Belgium.
The Commonwealth War Graves Commission said it would remove any of the £25 ceramic poppies placed on headstones to the fallen because of rules about the appearance and maintenance of cemeteries.
The Scotland-based North Regional Secretary of the Parachute Regimental Association yesterday (Wed) branded the commission “fuddy-duddies”.
Families have accused the organisation of allowing “red tape” to get in the way of paying proper tribute.

In total 888,246 ceramic poppies will surround the Tower of London by Remembrance Day, one for each of member of the British military killed during the Great War.
Already every poppy has been sold raising more than £10 million for charities including the Royal British Legion, and Combat Stress. That is on top of the £40 million expected from the traditional Poppy Appeal of paper flowers, launched in Scotland yesterday by Judy Murray.
But one relative, Mike Elkins, whose great-uncle was shot by a sniper in the First World War, is angry the poppy he bought specifically for the grave in Belgium is banned.
Mr Elkins, from Salisbury, Wilts, tweeted: “I was disappointed we are not allowed to place a ceramic poppy from the Tower of London on my great uncle’s grave as a sign of remembrance.”
The 28-year-old youth worker said he was “really surprised” at the “red tape” he has come up against for his plans for a graveside tribute.
His great Uncle, Private Walter Newman of the Wiltshire Regiment, signed up to fight in 1914 and was just 33 when he was killed by a sniper on the 5th of February in Kemmel.
“We wanted to leave it on his grave as a memorial,” Mr Elkins said. “My Dad suggested maybe we look into buying one of the poppies because this trip was coming up. We thought a lot of people would be doing that.”
Sixty-four year old Nigel Wickenden from Spalding in Lincolnshire also bought a Tower of London poppy to place on a war grave and said he “can’t see a problem” with it.
His great uncle, John George Sidney Lawrence, a Private in the Norfolk Regiment ninth Battalion, died in 1918 aged 23. He was killed during the battle of Epehy by either machine gun fire or shell fire and buried in the Brie British Cemetery in France.
Mr Wickenden, formerly of the Royal Electrical and Mechanical Engineers and the Lincolnshire Police, said: “A friend of mine posted the ceramic poppy information on Facebook and it seemed like a good idea to buy one and put it on my great uncle’s grave on the 100th anniversary of his death.

Especially as the poppy is regarded as the symbol of the sacrifice made by so many.”
He said he is “absolutely” going to go ahead with his plans “regardless”.
It is not just relatives who have questioned the decision not to allow the ceramic poppies in war cemeteries.
Allan Burgess, North Regional Secretary of the Parachute Regimental Association, which covers Scotland and Northern Ireland, has himself bought two Tower of London poppies and plans to place one at the private grave of his father in law. 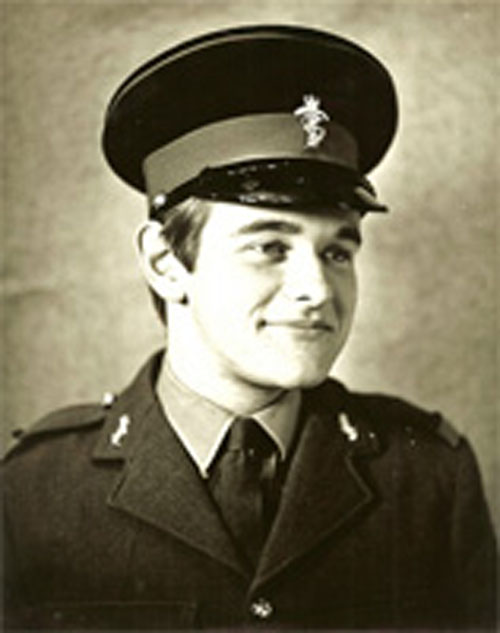 He said: “I don’t know why they are being fuddy-duddies – in my opinion it is ridiculous.
“When you look at the size of the poppies its just ridiculous.”
A spokesman for the Commonwealth War Graves Commission said: “Items of a more permanent nature we advise not to leave on the grave for a number of reasons [because they] can deteriorate very quickly in the climate and start to detract from the appearance of the cemetery.”
“If a permanent item is left, we would not remove it immediately, but would have to do so when maintenance was required, or if the item deteriorated.”
Share
Facebook
Twitter
Pinterest
WhatsApp
Linkedin
Previous articleKaren Gillan’s selfie competition
Next articleUK supermarkets print enough till receipts to wrap around the world- every week!