Campaign to save holiday playground from the sea

A CAMPAIGN has been launched to save one of Scotland’s most celebrated holiday playgrounds from destruction by the sea.

Shocking pictures show how the a vast area of the beach at Brodick, Arran, has disappeared in the past five decades.

In the 1960s and 70s the town’s long crescent of sand attracted thousands of summer visitors from the mainland. 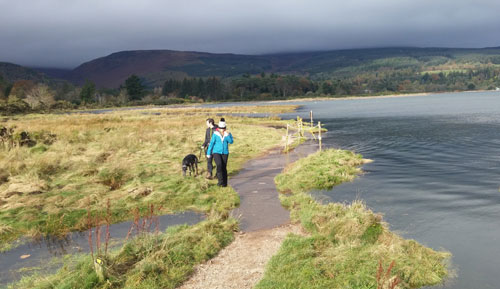 But so much of the beach has been destroyed by the sea that the town’s 18-hole golf course is under threat.

Some residents fear an economic meltdown could result and have launched a Save Brodick Beach campaign on social media.

The campaigners are demanding that the private estate which owns the beach and the local council take urgent action. 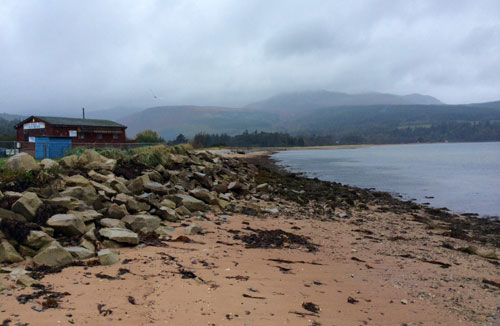 A remarkable picture from 1967 shows the wide beach curving to the horizon and packed with holidaymakers.

A picture taken from the same spot last week shows much of the beach gone and rocks dumped to try to prevent further erosion when the tide is at its height.

The executive director of VisitArran, Sheila Gilmore, said: “I can’t believe there isn’t someone out there with a good solution for what to do.

“Anyone who comes to a holiday island expects to see a quality place and not sandbags on the beach.” 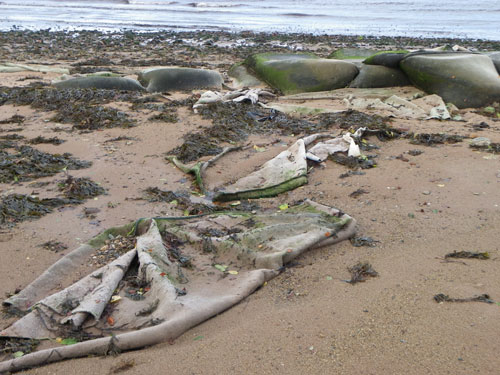 Isobel MacDonald, 55, the founder of the save Brodick Beach Facebook page, said: “It brings a tear to the eye. It’s terrible what’s happened. I was brought up in Arran and have memories of what the beach was like in the 70s and 60s. Now you wouldn’t spend much time on it.

“People used to come off the boat and head straight for the beach. They just don’t sit on it anymore, there’s not a soul on it.”

She continued: “We are going to lose the golf club if they don’t do something. Beyond that there is the road, the school and houses. I despair of it.”

Laura Helliwell, whose family has run the Ormidale Hotel in Brodick since the 1930s, added: “We need a beach. The island is a seaside holiday location.”

Campaigners say the problem was exacerbated by the export throughout the 20th century of sand to the middle east for water filtration. 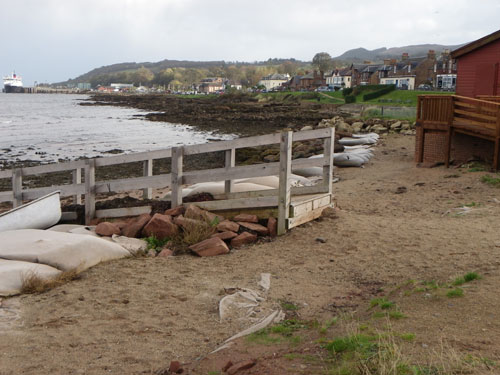 The removal of the sand contributed to the erosion problem, according to retired hotelier Russell Duncan, 70.

Mr Duncan said measures to save further erosion could include the building of a concrete or sandstone wall.

The laird of the island of Arran, Charles Fford (corr), who leases the beach to the local council, disputes the removal sand is the reason for the disappearing shoreline. 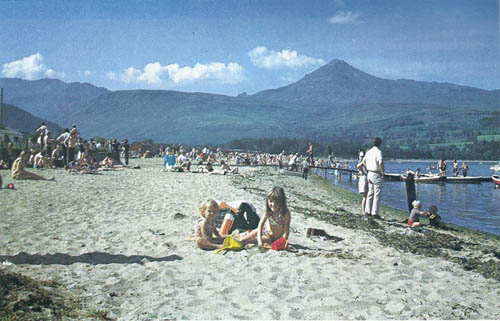 He said: “It’s a natural phenomenon the sand moving from one end of the beach to another. We don’t cause erosion and we don’t necessarily prevent erosion.”

Arran Councillor Anthony Gurney said he is “well aware” and “extremely concerned” about the state of the beach but said the council had to determine “the line between what a public authority and a private landowner should do”.

A spokesman for North Ayrshire Council said: “The Council is engaging with the landowner to establish what plans there are to deal with the erosion and will ensure that local residents are kept informed of the outcome of these discussions.”

Seal pups at risk of separation from their mothers on public beaches.