TENNENT’S are about to unveil a new drink as they look to build a new range of lagers.

The new larger will be called Black T and will join a growing family of Tennent’s products which the company hopes will give drinkers greater choice.

The 4.7% ABV premium bottled larger is made with primarily home-grown ingredients and will go on sale in Supermarkets such as Sainsbury’s and Tesco this weekend. 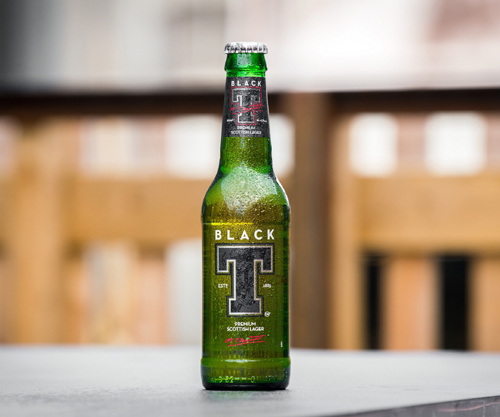 It is brewed at the historic Wellpark brewery in Glasgow and is described by Tennent’s as being ‘the best of Scotland, brewed for Scotland’

Black T is a bit of a dark horse in the premium lager category –– but we think people are going to be very pleasantly surprised when they try it,” said Paul Condron, Tennent’s Marketing Director.

“It looks great, it tastes great and it’s Scottish through-and-through.

Talking about the decision to create a family of Tennent’s brands, Paul continued;

“This is the first time we’ve looked to build a family of Tennent’s beers, which is exciting.

“Tennent’s has never stood still and has kept moving with the times throughout its 450-year history.

“Right now, we see demand for different types of beer for different occasions, whether it’s a bit of a treat on a Friday night, or a light beer on a Sunday afternoon. Our new Tennent’s family gives that choice and complements our core Tennent’s Lager.”