A SERVING judge has angrily complained that his court is in “crisis” as a result of “gross overloading”.

Sheriff Gordon Liddle launched an outspoken and unprecedented public attack from the bench after being told cases were being sent to his already “clogged up” court from other areas.

The long-serving judge, who is also the secretary of The Sheriffs’ Association, said his court in Edinburgh was “bursting at the seams as it is”.

And when a prosecution lawyer tried to suggest the matter be discussed in private, the judge hit back: “The public have a right to know.”

The Scottish Government has closed a number of Sheriff courts in a bid to save £3m up front and £1m a year, sweeping aside warnings this could cause disastrous delays to justice.

Judge Liddle’s outburst appears to be the strongest evidence yet that the court system is falling apart under the strain, resulting in lengthy delays before cases are heard. 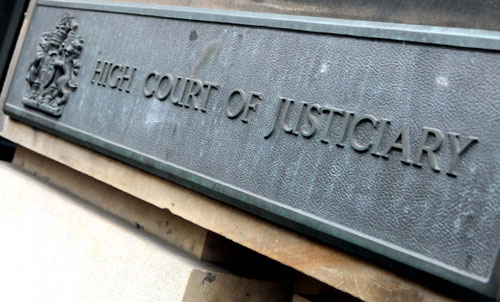 One lawyer said last night that when a judge uses the word “crisis” that “demands immediate attention from the justice secretary”.

Ten sheriff courts and seven Justice of the Peace courts have been closed or are due to close since the controversial, cost-saving policy was approved by the Scottish Parliament in May.

Sheriff Liddle appeared to reach the end of his tether on Tuesday in Edinburgh Sheriff Court, the second-busiest in Scotland after Glasgow.

The sheriff was presented with at least three criminal cases from neighbouring West Lothian which would normally be hear in Livingston Sheriff Court.

“The court is bursting at the seams as it is.

“I want to know why West Lothian cases are being brought here.”

The prosecutor in court said he understood the Sheriff’s concerns but suggested the matter would best be discussed in private.

Sheriff Liddle hit back: “This is a public court. The public have a right to know why West Lothian cases are being brought here.”

The judge was presented with a second West Lothian case and then, to make matters worse, told by the defence they could not go ahead because the Crown had not provided vital documents.

Sheriff Liddle demanded: “Why are we in this position today? I’m not being told anything as to why that hasn’t happened already.”

Told by the prosecution that the case could not be heard in Livingston, the sheriff asked: “I take it you’re aware of the gross overloading in jury court.”

Presented with a third West Lothian case, the sheriff said: “I’m trying to understand why these courts are so clogged up as they are – this may be the reason.

“Circumstances seem to be out of the control of the Fiscal.” 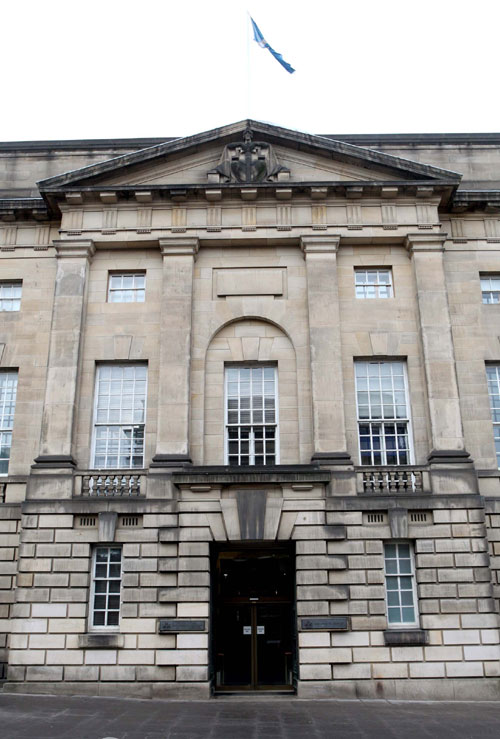 The Scottish Government target between charges and trial is six months.

But Solicitor Advocate John Scott QC said lawyers were dealing with cases where trials had been set for July next year – nine months away.

Mr Scott said: “Courts throughout the country are under considerable pressure with a reduced number of courts.

“There was evidence given to the Justice Committee to say a smaller number of courts would be able to cope with closures. We are seeing some evidence of problems even before court closures are implemented.

“If Sheriff Liddle is using language like ‘crisis’ that demands immediate attention from the Cabinet Justice Secretary.

“Sheriff Liddle is an extremely experienced Sheriff – it suggests the problem must be deeply rooted.”

Scottish Conservative justice spokeswoman Margaret Mitchell MSP said: “When a respected Sheriff is making such scathing remarks about the state of our justice system they must not be ignored.

“These comments confirm what we already know – courts across Scotland are at breaking point.”

David Sinclair, head of communications for Victim Support Scotland, said: “Any delay in the court process obviously affects victims of crime who are there on the expectation of perpetrators of crime being dealt with.”

And Eben Wilson, of TaxpayerScotland, said: “All power to the Sheriff for pointing out the cost of these procedures.”

Sheriff Liddle warned the Parliament’s Justice Committee in May this year: “At the moment we’re running on pretty much full.”

John Dunn, Procurator Fiscal for the East of Scotland, said: “”If local courts are not able to accommodate a sheriff and jury case within these timescales then the Crown will take it up in to the nearest available court within the Sheriffdom.”

A spokeswoman from the Scottish Courts Service, the body which administers the courts, said: “The Scottish Court Service provides sufficient time for sheriff and jury business.

“During the past two years at Edinburgh Sheriff and Justice of the Peace Court, business programming has been adjusted to allow for additional court time, while from early 2015, a further permanent jury and sheriff court will be put in place.”

A Scottish Government Spokeswoman said: “This is an operational matter for the Scottish Court Service. However, 95% of court business is unaffected by recent changes to court structures and SCS has confirmed that they have capacity within courts to deal with current and anticipated cases.”

Sheriff Liddle, who had an unusual first career as drummer in the 1970s rock band Bilbo Baggins, said via his clerk that he would consider commenting only if contacted by letter.