Council admits defeat in the battle of Greyfriar Bobby’s nose

SCOTLAND’S most famous dog statue is to be left with a shiny nose.

Greyfriars Bobby’s nose has been rubbed down to the bronze as a result of the modern “tradition” of touching it for good luck.

Edinburgh Council spent £400 on a nose job for the celebrated pooch a year ago, bringing in a specialist firm to reblacken his snout. 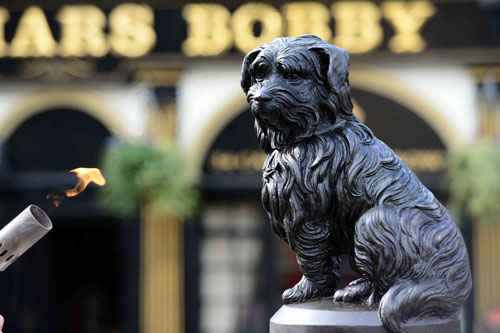 But the nose was back down to the metal within days of the job being finished.

The council now admits it has thrown in the towel and there will be no further attempts to restore the statue in the “near future”.

And they have appealed to nose-rubbers who can’t control their habit to “do it gently”. 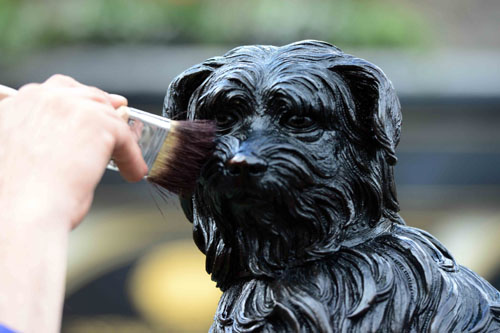 Richard Lewis, the council’s culture and sport convener, said: “The council arranged for work to be carried out to fix Bobby’s nose 12 months ago.

“But damage is still being done and the restoration is already wearing off.”

He added: “In time, we will organise repair work again to maintain the statue, which we know is one of Edinburgh’s most loved monuments, but there are no plans to carry out work in the near future.

“If people do feel obliged to rub Bobby’s nose could we encourage them to do it gently, as it really does cause damage.” 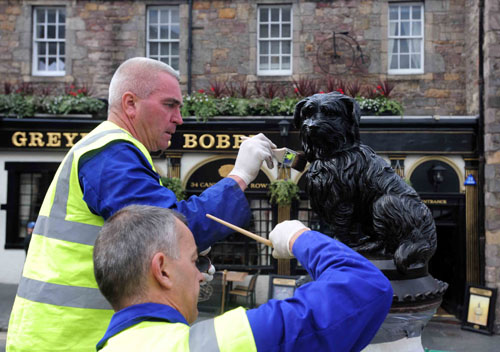 The wear to the statue’s nose even prompted the creation of a Facebook campaign called “Stop People Rubbing Greyfriars Bobby’s Nose – it is not a Tradition.”
But this appeared to provoke the nose-rubbers.

One user, Bay Rok, commented on the page after the restoration: “I like bronze, and I shall be carrying my little brillo pad every time I visit for a wee rub.

“There is nothing you can do about it: bronze is best.” 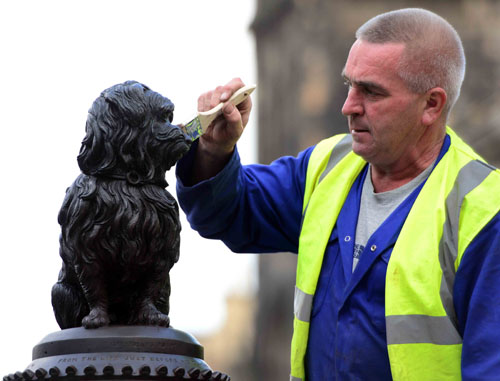 Eben Wilson, Director at TaxpayerScotland said: “Stewardship of the dog should be handed over to a local group and organized by private donation.

“For a council it is far too small an issue for them to be able to deal with effectively. They have far too many other things to think about.”

Andy Silvester from Taxpayers Alliance said: “It’s such a shame that the mindless acts of vandals are forcing us to make these unpleasant choices. Hopefully the police can bring the miscreants to justice and we can enjoy this icon of the city as it was intended.” 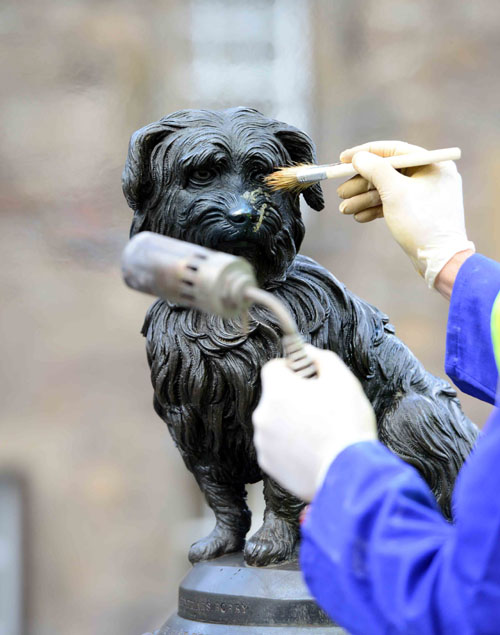 The story of the real Bobby is that the Skye Terrier had been the pet of Edinburgh constable John Grey, who died of tuberculosis in 1858.

Bobby is said to have sat near his master’s grave every day for 14 years until his own death in 1972.

A statue of the dog was unveiled in 1873 and was inscribed: “A tribute to the affectionate fidelity of Greyfriars Bobby. In 1858 this faithful dog followed the remains of his master to Greyfriars churchyard and lingered near the spot until his death in 1872.”