A RECENT STUDY has found a busy Glasgow road to be one of the most dangerous in the UK.

The A809 road in Glasgow, which runs between Milngavie and Croftamie, has the highest percentage of motorcycle accidents and head-on collisions in the than anywhere else in the UK.

The findings come as a report from the Road Safety Foundation listed the UK’s 10 most dangerous roads, placing the A809 in second in UK and the most dangerous in Scotland. 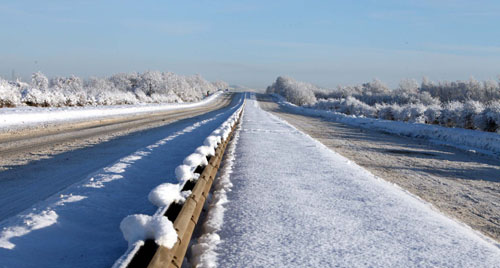 The report lists figures ranging from 2007-2012 and shows that there were 39 fatal and serious accidents on the road in that time.

The narrow undulating 16km stretch of road in East Dunbartonshire is busy with commuters and day trippers leaving the city.

Of the 13 fatal and serious accidents which occurred between 2010-2012, almost a quarter were head-on collisions at 23%- the highest in the UK.

A spokesperson for East Dunbartonshire Council said: “The report shows Scotland has the second fastest regional improvement in road safety. The A809 is a fast rural road with bends and gradients – only six kilometres of which lies within East Dunbartonshire.

“The last fatal accident with our section of the road was in 2010, and since then, East Dunbartonshire Council has provided high friction surface dressing, improved signage and lining and a speed activated warning sign.

“We continue to make every effort to draw drivers? attention to the road’s features and encourage them to adjust their driving style and speed and drive within the limits of the road.”

The review also highlights improvements in road safety and shows a 16% reduction in the risk of serious death or serious injury in Scotland.

Much of the road runs through Stirling however Stirling Council declined to provide a comment.