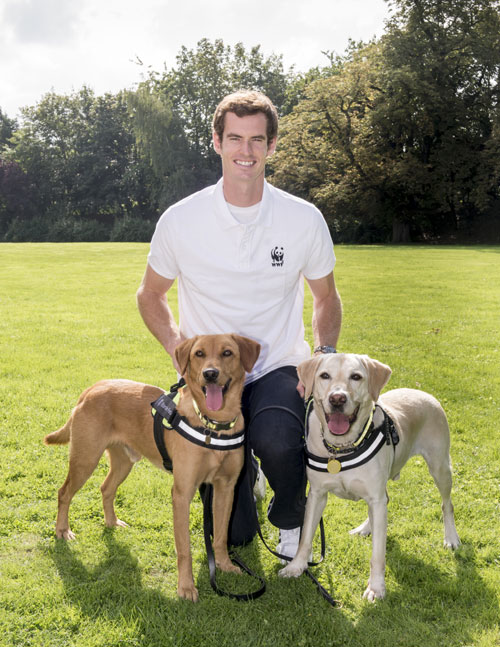 The world number eight seed will be helping to raise awareness through an initiative in Nepal that trains dogs to track down poaching activity within Chitwan National Park.

The sniffer dog training is a unique new plan that will work alongside WWF’s current wildlife trade programme in the country. 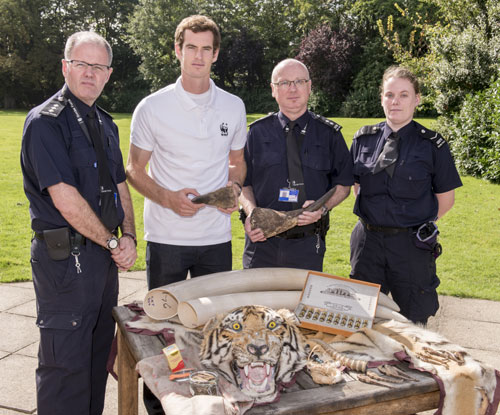 In honour of Andy’s support a new puppy who will be part of the elite training team will be named ‘Murray.

Murray is well known for his love of dogs and will be raising funds throughout his tennis tour next year to support the work in Nepal.

Murray said: “It’s a shocking fact that the rise in rhino poaching increased by 7,700% between 2007 and 2013 and as few as 3,200 tigers remaining in the wild so anything we can do to deter poachers is a positive step in the right direction.

“I’ve followed WWF’s work on the illegal wildlife trade for a while now and been looking for a way to support the campaign.

“I think it’s incredibly important that this trade is prevented and the sniffer dog programme seemed like the perfect venture for me to get behind.

“I know from my own dogs how clever they can be and it’s fascinating how these sniffer dogs communicate with their handlers. I’m also really looking forward to going to see Murray at work at some point in the near future.” 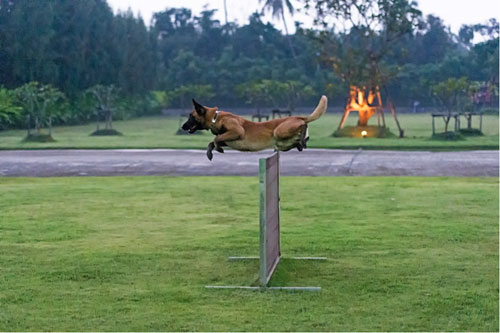 Nepal is home to tigers, rhinos and elephants – all of which are under threat due to poaching for the illegal trade in animal parts.

Nepal has long been a key transit route for these products and so the programme aims to prevent poachers smuggling animal parts out of the park. 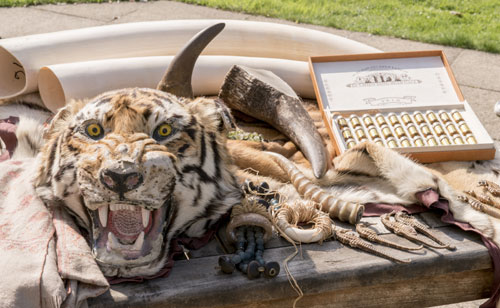 Heather Sohl, Chief Species Advisor at WWF-UK, said: “We’re delighted that Andy has joined us in our quest to fight the illegal wildlife trade and this programme seems the perfect fit for him.

“We’re looking forward to sharing news of Murray’s progress with him as well as from the wider team of sniffer dogs in Nepal. 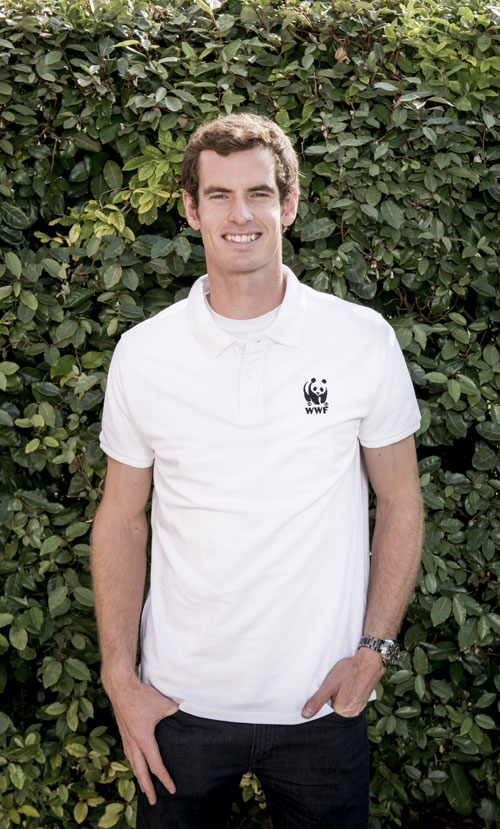 “Illegal wildlife products are often difficult to detect so it is vital if we are to stop the trade for us to continually find new ways of identifying products being transported across the borders.

“With the right training, sniffer dogs can be used to trace wildlife parts, such as rhino horn, tiger bones and tiger skins.”

As part of a global programme to combat poaching and illegal wildlife trade WWF also initiates the use of cutting edge technologies, such as managing patrolling using GPS and databases, using unmanned aerial vehicles to monitor, detect and deter poaching – along with the use of sniffer dogs, for the very first time.