National 5s “too difficult” for some students entered 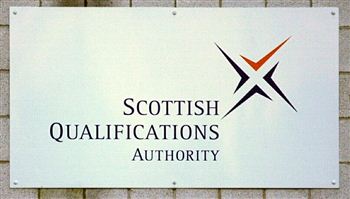 STUDENTS were entered for new National 5 exams that were too difficult for them, an official report has revealed.

Many S4 students got low marks in subjects such as maths, physics, history and geography after making basic mistakes.

The N5 exam was introduced this year by the Scottish Government, despite complaints from some teachers that neither they nor students had had time properly to prepare.

The exams were broadly greeted as a success with a pass rate of 81.1%.

But a report written the external assessors working for the Scottish Qualifications Authority (SQA) found some candidates had made “disappointing” and “damaging” mistakes in some key subjects.

Teaching unions claimed yesterday there had been a “lack of consistent support” from the SQA.

National 5 and 4 exams replaced Standard Grades this summer as part of the Scottish Government’s controversial Curriculum for Excellence, an attempt to boost creativity and choice in the classroom.

The external assessors found much to praise but discovered that some students were “unprepared” for the physics assignment, whose answers they said showed “little or no research”.

A “significant minority” of candidates got low marks in geography coursework.

A number of maths candidates got very low marks and were described as “perhaps inappropriately prepared at this level.”

In one maths paper, the number of students able to do straightforward calculations was called “disappointing.”

And many history students made the “quite damaging” mistake of not including a conclusion in the exam, although most were found to have been  entered at the right level.

In French, the assessors found some evidence that pupils were “clearly not represented at the right level”.

Alan McKenzie, spokesman for the Scottish Secondary Teachers Association (SSTA) said: “I think it’s part of the whole debacle of last year. There was a high degree of uncertainty and we did predict this. It was a hostage to fortune, the haste with which our government insisted this go on instead of effecting a delay.

“The feedback we got from students indicates they felt they weren’t prepared for this exam.

“I think lessons have been learned. There needs to be a more realistic pace and a need to listen to teachers. To be fair to the government, they have recognised that they need to listen more.”

Larry Flanagan, general secretary of the EIS teaching union, said: “There may be some in senior management and policy positions within Scottish education who that all’s well that ends well as the National 5 results were sound.

“This thinking fails to recognise that the delivery of the Nationals was successful largely because teachers went the extra mile and endured substantial added workload.”

A spokesperson for the SQA said: “We listen very carefully to teachers and we provide an extensive programme of support to allow schools and colleges to make informed decisions, including course arrangements for the new Nationals, Specimen Question Papers, coursework and assessment materials for all subjects,

“The National qualifications have been designed to broaden the quality of learning and the attainment rate this year reflects the tremendous amount of work put in by candidates, teachers, schools and parents.

“Each year, we publish external assessment and course reports, written by the subject’s Principal Assessor. These reports are used by teachers and lecturers to provide advice and guidance on how to prepare future cohorts for their qualifications. They are intended to be constructive and informative and to promote better understanding.”