A bizarre-looking fish, which can grow up to four metres in length, has washed up on a beach just minutes away from Deep Sea World in Edinburgh.

The extraordinary sunfish, a species which is rarely seen in Scottish waters at this time of year, was found at East Bay beach in North Queensferry, Edinburgh.

The discovery was made by a member of the public who contacted aquarists from the nearby Deep Sea World aquarium. 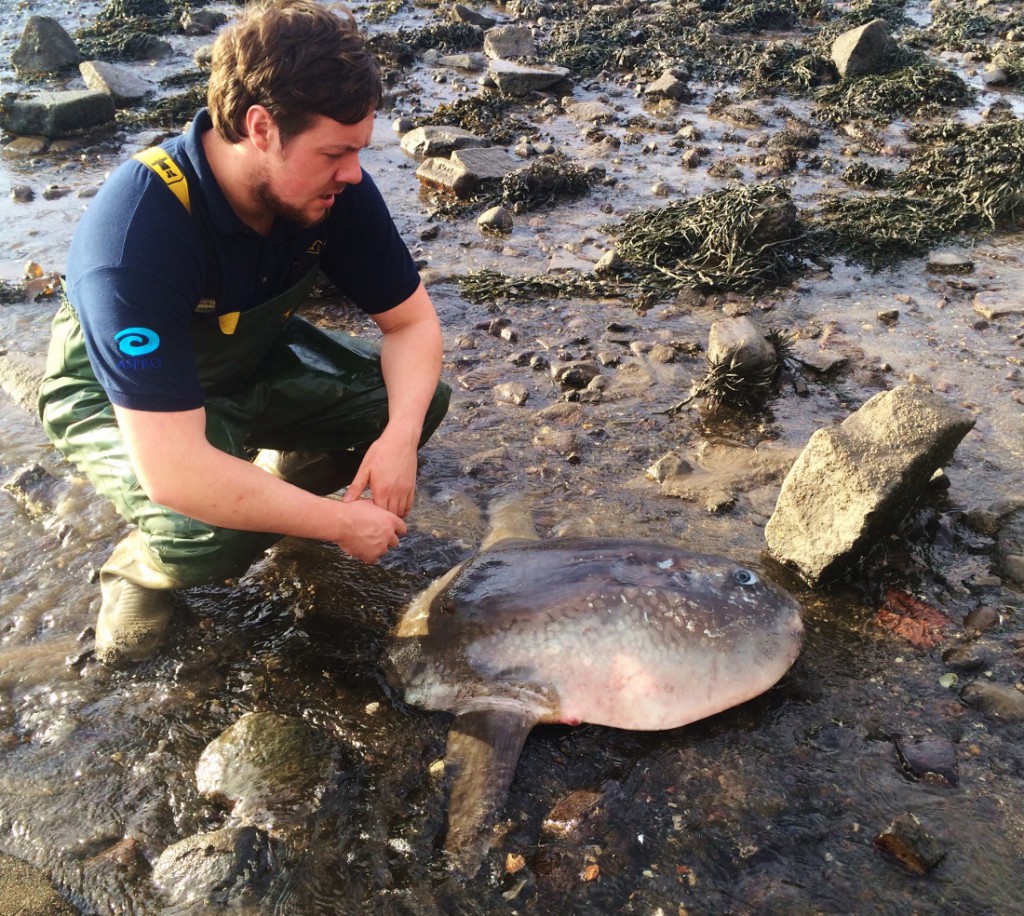 On arrival at the scene the staff realised the stranded fish, which was around a metre long, was unlikely to survive.

Deep Sea World’s Chris Smith said: “Sunfish spend their lives in the deep ocean so for one to end up stranded on a beach indicated it was in a very bad way.

“We brought it back to the aquarium and put it in to one of our quarantine tanks where we did everything we could for it but sadly it died within an hour.

“There are a few reports each year of sunfish sightings, mainly from fishing vessels as the fish have a funny habit of swimming on their side just under the surface of the water.

“They are usually summer visitors as they mainly eat jellyfish which are more abundant when the water is warmer.

“Strandings of sunfish are rare, this is the first example of even seeing one of these fish I have come across in our local area, let alone a stranding.

“As this was so unusual we have been in contact with the National Museums of Scotland in Edinburgh who have said they would like to keep it as part of their research collection,” he added.

Sunfish are the heaviest known bony fish in the world with an average adult weight of around a tonne. The maximum recorded specimen weighed an astonishing 2.3 tonnes and was more than four metres tall – the height of a double decker bus.

The fish are found in temperate and tropical waters around the world and are sometimes spotted from boats off the Scottish coast.

The sunfish’s common name comes from its habit of lying on its side at the surface of the sea, apparently sunbathing, although the fish are believed to spend the majority of their time submerged at depths of up to 600 metres.