A TEENAGER who succeeded in getting more Facebook “likes” than Jim Murphy has now overtaken Scottish Labour.

Kyle Renton, 16, wanted to show that a youngster could win more support on Facebook than Murphy, who is bidding for the leadership of the party north of the border.

But after exceeding Murphy’s total in less than a day, Kyle, a waiter from Inveraray, Argyll, kept going. 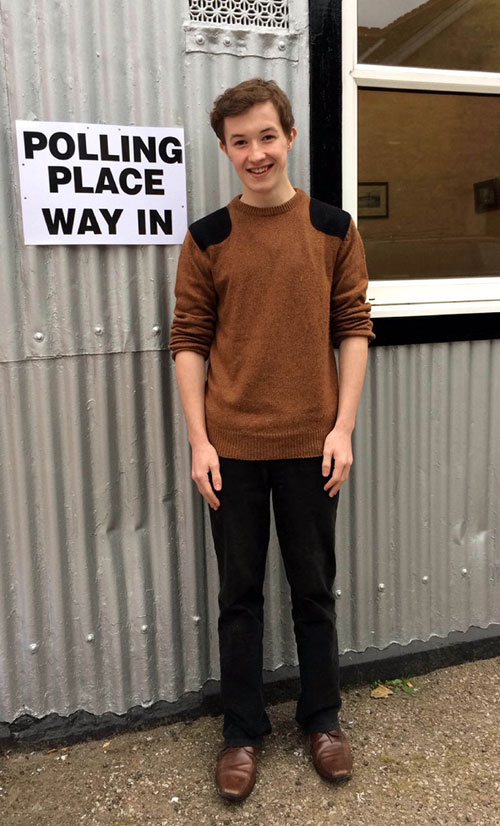 On Monday he overtook Scottish Labour. By yesterday morning (Wed) he was sitting at 6,849 “likes” compared with Scottish Labour’s hitting 6,751 “Likes”, comfortably ahead of their 6,308.

Kyle is now so popular he is even being congratulated by strangers in the street.

Earlier this week, it was revealed that a Facebook page promoting a brick as Scottish Labour leader also had more Likes than Jim Murphy. 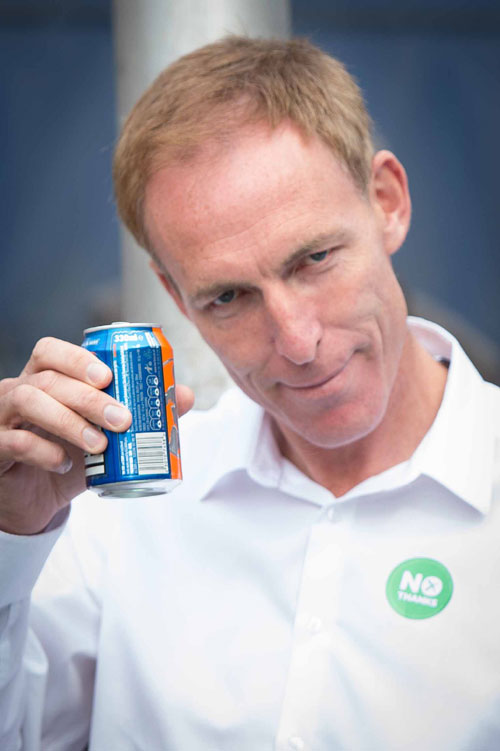 Kyle said: ”I’m really chuffed, and so is everyone who follows the page.

We thought – we got Murphy, so let’s go after Murphy’s employer. We overtook Labour on Monday.”

He added that since his victory over Murphy was made public, people have stopped him in the street to congratulate him. 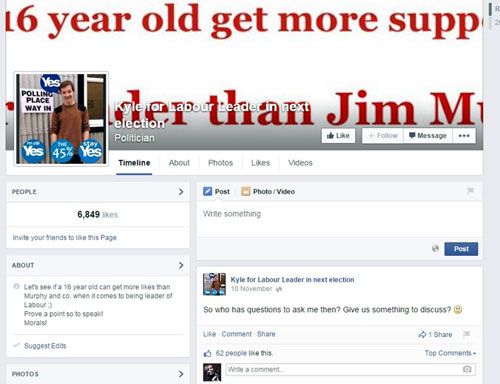 He said: “A lot of people in my town have come up to me and said, well done. It’s really nice.

“Yesterday I was even walking out of Buchanan Galleries in Glasgow when a man in his 50s sort of stopped and said “Congratulations on your achievement by the way.” 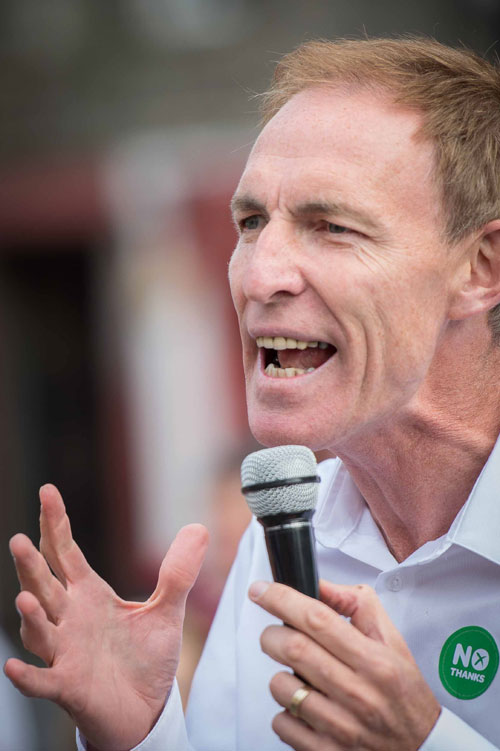 Kyle has kept his feet on the ground, however. Instead of celebrating the milestone in his campaign, he chose to stay indoors and watch a re-run of TV series Rosemary and Thyme with his parents.

He said: “I didn’t really celebrate. I was excited but I always am when the page achieves its goals.
“I would like to get as many Likes as there are Labour party members, but obviously I’ll never manage to reach 120,000. “ 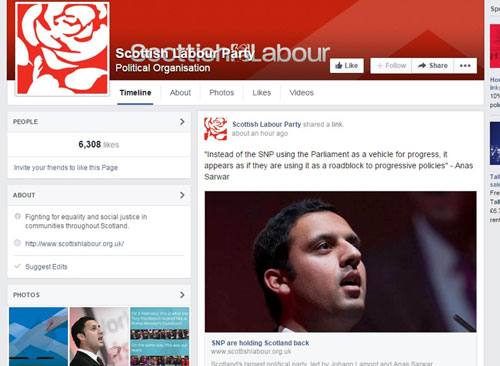 He said: “I was really confused. I just thought, it would be quite fun to make up a page to prove even I could get more support.

“My friends all think it’s great. They said they thought I could do a better job.

“Even though it’s not 100% serious and I’m not standing as a Labour candidate, people are putting their trust in a young person.”

The Labour Party did not respond to calls for comment yesterday.