A FORMER maths teacher at Prince Charles’s old boarding school has been struck off for a “shocking” criminal conviction involving child pornography.

Samuel Henley, 32, taught at Gordonstoun school in Elgin, Moray – a £32,000 a year independent school that includes their heir to the throne and Prince Philip as former pupils.

He was sacked from the school after police searched his parents’ home in Liverpool in July 2010 and found computers, one of which contained naked images of girls and boys as young as eight engaged in sexual activity. 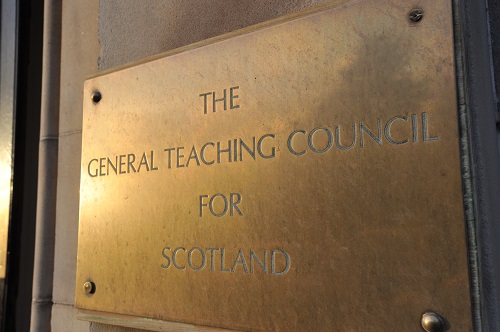 He also had videos on the computer of young teenage boys performing sex acts on one another.

Henley escaped a prison sentence after admitting six charges of making indecent images of children. Twenty-four charges were left to lie on file.

None of the children involved are believed to have been students at the 600-pupil school.

The General Teaching Council for Scotland (GTCS) this week found him unfit to teach.

Henley did not appear at the hearing in Edinburgh and was not represented by a lawyer.

The GTCS stated that the complaint against him involved six charges of “Making indecent photographs or pseudo-photographs of a child.”

In their findings the GTCS stated: “The Presenting Officer submitted that…the conviction represented an egregious breach of the conduct expected of a teacher.

“The conviction in this case is of the gravest kind and the nature and seriousness of it should be taking into account by the Panel.”

“The complaint found proved represents conduct that fell significantly short of the standards expected of a registered teacher and that the Respondent was therefore unfit to teach.

“There was no evidence before the Panel that would allow it to reach the conclusion that the conduct was remediable, had been remedied or whether or not that conduct was likely to recur.”

The ban is permanent but teachers are allowed to apply to be reinstated. In Henley’s case, the panel decided he would have to wait the maximum period of two years before being allowed to reapply.

Henley is also the subject of a court-imposed sex prevention order meaning he is disqualified from working with children in any capacity.

At a previous hearing at Chester Crown Court Judge Elgan Edwards told Henley, who had no previous convictions, that the offences were not serious enough to send him to prison.

Henley was ordered to sign the sex offenders register for five years.