One for the rodent

A HOUDINI hamster has been reunited with his owners after two weeks on the run – during which he escaped twice, crossed a busy city road, and walked into a bar.

The remarkable rodent managed to get out of his owner’s Glasgow flat and was briefly recaptured in the street by a stranger before escaping again by chewing his way out of a cardboard box.

The hamster, called January, somehow safely crossed the city’s Great Western Road before walking into a bar a quarter of a mile from the home of his owners, students Tam Graham and Jack Ryden. 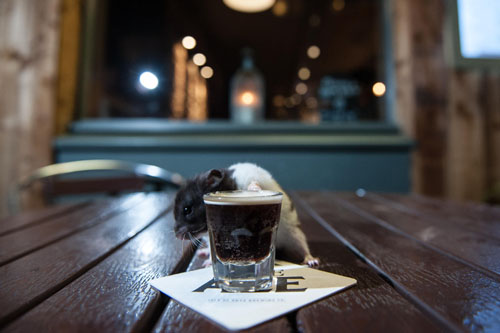 Bar supervisor Anna Jones captured January but had to place him under regular observation as he kept trying to munch his way through yet another cardboard box.

Anna posted a notice on social media saying they’d found the Steve McQueen of the rodent world and January is safely back with Tam and Jack – for now. 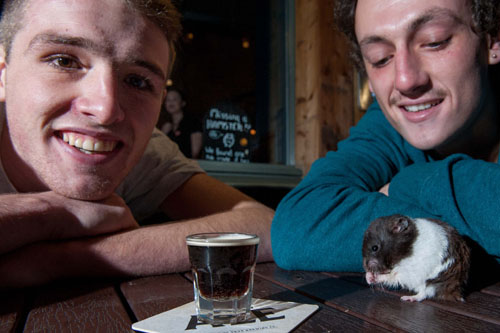 He and Jack got so fed up with their 18-month-old pet escaping his cage they decided it was easier to let him have the run of the flat.

The arrangement worked well until the pair moved recently to a new flat in the city’s Barrington Drive and continued to let January roam free.

The hamster quickly found an escape route and is thought to have gone on the run on about October 30. 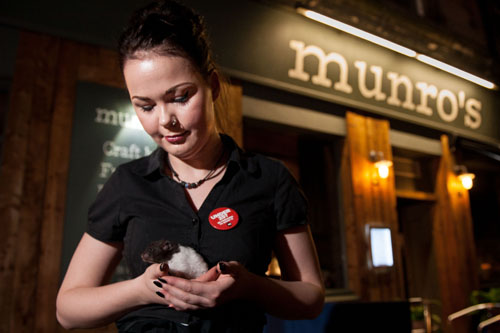 About 10 days later, a stranger spotted January in a nearby street and handed him over to students who just happened to be friendly with Tam and Jack. But before they could get round to collect January, the hamster had eaten his way to freedom.

Anna Jones, 21, was working at Munro’s Bar in Great Western Road on Thursday night when January finally ran out of luck.

She said: “One of the barmen said, ‘There’s a rat’. Everyone shouted, ‘Oh my God’ but I checked and it was a hamster.

“I got him food and took him home for the night and fed and watered him.

“He’s incredibly friendly – he must have seen some things out on the street.

“He’s docile but an escape artist. I made air holes in the box I put him in and he chewed right through one.

“I didn’t want to give him back – he was very friendly.” 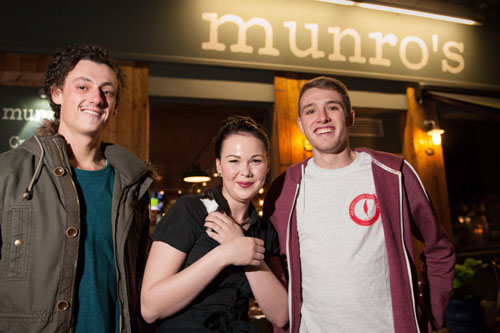 A delighted Tam and Jack are now doing their best to escape-proof the flat.

Tam said: “January’s got a mind of his own.

“When we got him we lived in a different flat and he always escaped so we stopped putting him in the cage. You’ve just got to wait for him to turn up.”

“We just leave a bit of food in his cage and he usually comes back.” 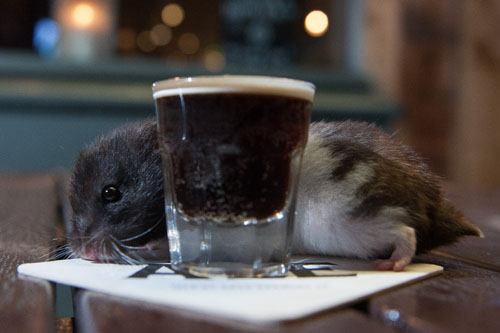 Tam added: “The bar posted a picture of him on Facebook and we saw it – we were all leathered and ran round. I got him back on Friday.

“I felt a little bad – he’d been on this big adventure and we could have left him to it.

“I think he had fallen in with a bad crowd of rats to be honest.”