An elderly man was found dead inside his blazing home after a heart attack.

Scottish Fire and Rescue were called to a residence in Midlothian where the man was found dead in his house which was on fire.

The fire occurred between 4am and 5am at a compound of detached bungalow static houses at Nivensknowe Park in Loanhead, Midlothian. 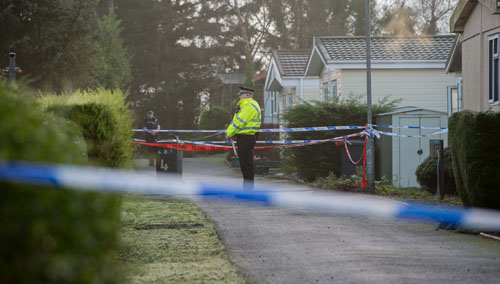 According to Police Scotland the man who died was not killed by the fire.

A police spokesperson said: “Police in Midlothian can confirm the body of a man was found in a caravan which was destroyed by fire in Loanhead in the early hours of this morning.

“We can confirm that his death was not a result of the fire.” 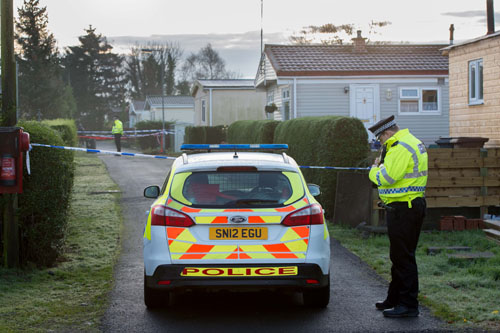 Neighbours woke later in the morning to find a fire engine and police officers surrounding the street and the row of houses on Hedge row, where the man lived, cordoned off.

According to neighbours he was an elderly man in his 70s but he was rarely seen out of his home.

One elderly neighbour Jean MacBeath said: “some of the neighbours have said it was a wee old man named Frank. Apparently he died of a heart attack.” 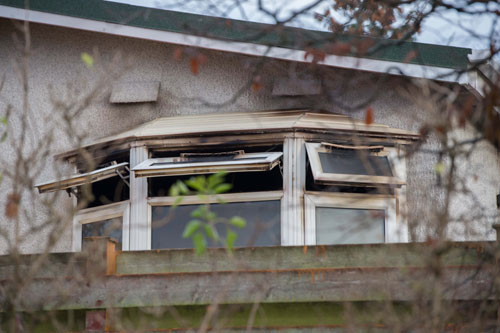 “I only know he lived alone and we wouldn’t really see him around, I don’t think he was able to get out much.”

Another neighbour, 67 year-old plumber, Gordon Alexander looked saddened when he discovered the news.

He said: “He was nice man, would always smile and say hello when passing by.

“I haven’t seen him in around 6 months though. I think he was housebound so one of the ladies on the street would bring him shopping.

“He moved here about 6 years ago with his wife but she passed a couple of years ago.” 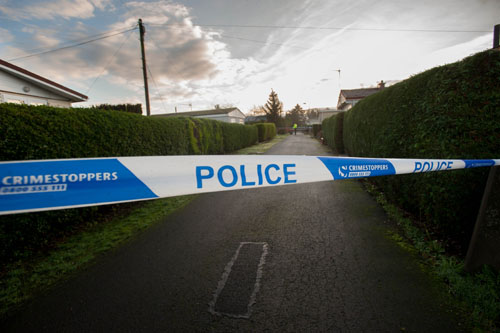 Marilyn Beaumont, who lived about 200ft from where the blaze happened, moved into the area around the same time as Frank. She said: “I remember seeing him out and about. He would always look very smart with his shirt and tie on going to the hospital to visit his wife.

“But she passed away a couple years ago and I haven’t seen him around much since then.”

A Police Scotland spokesperson said: “The investigation is still ongoing and we cannot release the name until the postmortem has been carried out and the family have been informed.