HER Majesty appears to have got the discount supermarket bug and ditched Harrods for Lidl.

On a visit to Elgin, Morayshire, yesterday (Thu) the Royal was photographed walking past a giant sign for the store.

Her Majesty even appeared to have brought along her own bag to the Station Road store to avoid the dreaded 5p plastic bag tax.

The Queen’s German heritage could have been part of the draw, but with bubbly on offer for £12 it is also possible she was doing her bit to keep Royal Household expenditure down. 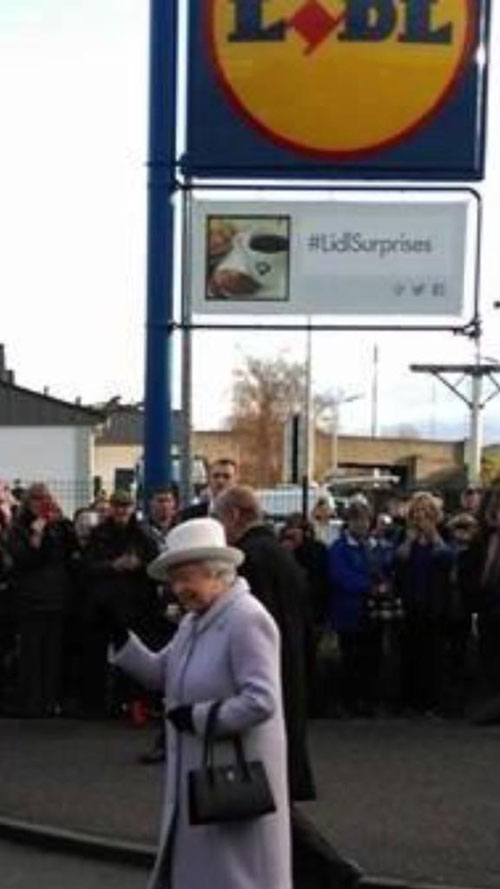 Twitter users enjoyed the snap when it was posted on social media.

While Ryan Main wrote: “I heard she emptied the bakery aisle for the flight back to London. #pretzelsgalore”

Hundreds flocked to meet Her Majesty The Queen and His Royal Highness The Duke of Edinburgh when they arrived by Royal Train train in Elgin yesterday.

The Queen and Prince Philip then went on to RAF Lossiemouth in Moray on what was their 67th wedding anniversary.