A DOMESTIC ABUSE disclosure scheme has launched today and will allow people to find out if their partner has a history of domestic violence. 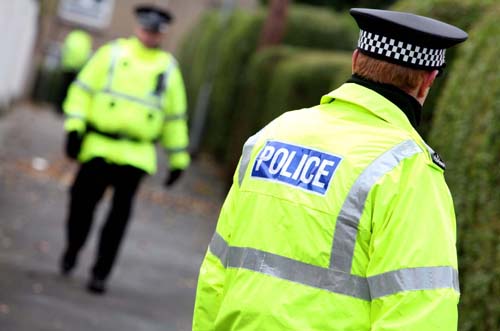 The launch date of the scheme coincides with the ’16 Days of Action’, an international campaign to heighten awareness of Violence Against Women, including domestic abuse, and will see marketing material displayed in public space areas.

A similar system, known as Clare’s Law, has already been piloted in England and Wales following the murder of Clare Wood by her boyfriend George Appleton in 2009. She was unaware of his history of violence against women.

Her father Michael Brown, who is originally from Aberdeen, has welcomed the launch of the pilot in Scotland.

He said: “It is not acceptable that domestic abuse exists in this day and age and the sooner people are helped to get out of that environment the better. It not only affects the person who is being abused but their wider network including their parents, any children they may have and friends.

“In my case it does not matter to me that my daughter was 36 when she died, it is a parent’s job to look after their children and although it was not my fault what happened in some way I still feel responsible.

If Clare had known George Appleton’s background she almost certainly wouldn’t have become involved with him and if I had the knowledge I have now perhaps something could have been done and Clare would still be here today.

“This scheme is another way to help people and I can only see it as a good thing. If it prevents just one child from growing up without a mother or a father it will be worth its weight in gold.”

Detective Superintendent Mark Cooper said: “Domestic abuse is a complex issue as it invariably happens behind closed doors and can affect all areas of society and all cultures. Tackling it is an absolute priority for us in our efforts to keep people safe.

“We are delighted to welcome this pilot scheme in Aberdeen which will enable police and partners to provide extra support and protection to those who are most at risk of domestic abuse.

“Our focus will remain on raising awareness, supporting those affected and bringing those responsible to justice.”

“We will also continue to monitor their compliance with any bail conditions or home curfews after they’ve been to court.

“Disclosures through the pilot scheme can be triggered by victims themselves, a friend or relative or relevant agencies including social workers or police officers. The decision to disclose will lie with a multi-agency forum, taking all parties’ rights and needs into account.

“It is anticipated that this pilot scheme will help us move forward and we welcome it in Aberdeen.”

Aberdeen City Council Social Care and Wellbeing convener, Councillor Len Ironside CBE said: “To give people who have genuine suspicions about their partners the right to find out whether he or she has a record of domestic abuse can potentially offer extra protection to those who may be at risk.

“The City Council will continue to work closely with the other partner organisations on this pilot scheme which in time could be rolled out across the rest of the country.”

Christine Herron, Chairperson of Grampian Women’s Aid said: “We welcome this development from Police Scotland, which can give women information that can help them make an informed assessment of risks to their safety and the safety of their children.

“We know that children who live in homes where domestic violence occurs are at a higher risk of abuse, including sexual abuse.

“It is important to remember that only around 35% of actual incidents are reported to the police and research has told us that it’s not unusual for a woman to be assaulted more than 30 times before calling for police help, so someone who has no police history is not guaranteed to be ‘safe’ and a perpetrator with even one conviction may have committed many more offenses.

“It is a shocking indictment on our society that in the 21st century 1 in 4 women will experience domestic abuse.

“This very welcome initiative from Police Scotland helps to promote the message that domestic violence is never acceptable.