FRIENDS of a tragic 13-year-old girl who took her own life gathered for a candle-lit vigil in her memory.

Elie Mcilwaine died at her home in Edinburgh on Thursday night, it is believed after taking an overdose.

Broughton High, where she was an S2 pupil, held a charity ‘Wear it Pink’ dress down day on Friday in her memory. 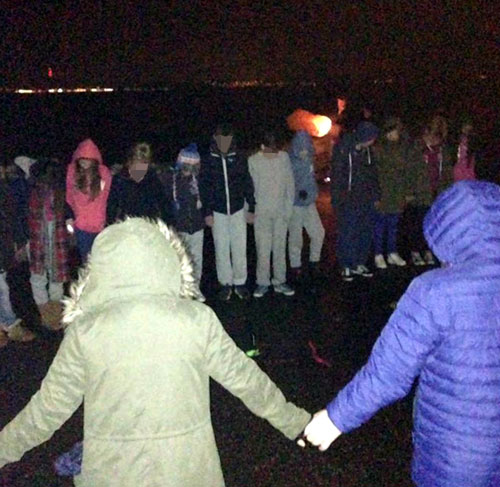 Dozens of her friends have since gathered to pay tribute to Elie, whose ambition was to become a doctor.

Youngsters, holding hands in a circle, held a minute’s silence.

Candles were arranged to spell out her name Elie and a Chinese lantern was released. 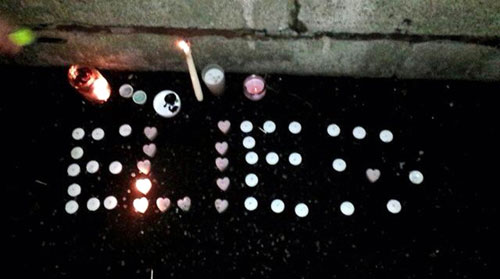 One close friend wrote on Facebook: “Hardest day to be fair. Saying goodbye to Elie before the last time. Hope you’re looking down and feeling proud of us all. Love you forever.”

Another wrote: “Minute silence for our angel, we all love you! Shine bright beautifulXxxx”

Social media pages have been also set up in tribute to the 13-year-old school pupil. 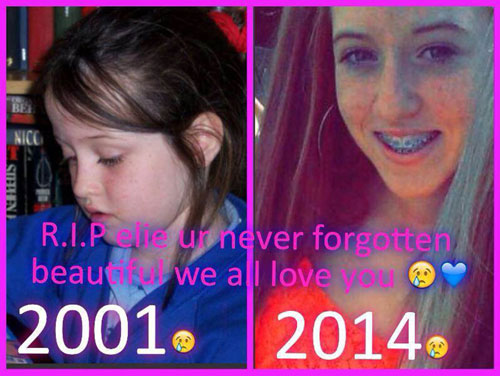 More than 700 people have ‘liked’ an R.I.P Elie Facebook page with one person commenting: “I miss you so so so much and whenever I see your pics I cry and when I see everyones posts they make me burst into tear love you Elie and I wished I could see your beautiful smile again and your beautiful face and I wished I said bye before you left us.”

A spokesman for the school said they were “deeply saddened” at the news of Elie’s death and would be offering support to pupils and staff.

He said: “Our thoughts are with her family and friends at this tragic time.”

A police spokeswoman said: “Police in Edinburgh were called to an address in Royston Mains on Thursday, November 20 following the death of teenage girl.

“The death is not believed to be suspicious. A report has been sent to the Procurator Fiscal.”