A HIGHLANDER who lived in London for 40 years has produced a hilarious dictionary of Inverness words and phrases.

Rab MacWilliam, a former executive with Penguin books, defines bizarre words such as “blayzeen”, “hockmagandie” and the splendid “meeshahanagit-trala”.

The 63-year-old, who grew up in the Highland capital before heading south to follow a career, wanted to immortalise phrases used daily by his grandmother.

Snow on the Ben: A guide to the ‘Real’ Inverness and Highlands could preserve hundreds of words currently tottering on the brink of extinction.

Many of the words and phrases have fantastically specific meanings, such as “Bowsher Boy” meaning a teenager from decades past who “wobbled around on his old bike with a steel-framed basket attached to its handlebars”.

Rab said: “My grandmother used to say things and I had no idea what they meant. Last year when I was on holiday in Majorca I just decided to sit down and start writing it.

“The book is supposed to be an affectionate and nostalgic way of connecting with Inverness. It’s slightly tongue-in-cheek and is supposed to capture the spirit of the place.

“It’s ironic that I spent my teenage years trying mentally to obliterate the fact that I lived in a wee Highland town and to convince myself I was, in reality, a folk-blues guitarist who lived in New York.”

Rab moved to London aged 23 and went on to enjoy a successful career in magazine and book publishing, including becoming senior commissioning editor for non-fiction with Penguin Books and publisher at Hamlyn Books.

Rab said: “I actually do catch myself sometimes using the phrases.

“They have obviously stuck with me from when I was younger.

“When I use the words people look at me a bit strangely – even more than usual.”

Rab added: “It was actually the referendum which reminded me of my Scottish roots and made me focus on the Highlands.

“The process of writing the book has been great because it has made me get back in touch with old family and friends.”

The book was launched last week at Waterstones in Inverness, and Rab, who still lives in London, says that so far sales are going well.

“I like to refer to the book as a lighthearted encyclopedia”, he said.

Inverness Central councillor Janet Campbell said that she was “thrilled” to hear about the book.

She said: “Older generations will be able to associate with the words which we all heard growing up.

“They aren’t around so much nowadays but it will be lovely to read through them all.

“It’s a bit disappointing that the younger generations don’t use these phrases anymore but hopefully they will be able to read through the book and enjoy it.

“I most certainly will pick up a copy and a lot of my friends will be receiving one for Christmas.” 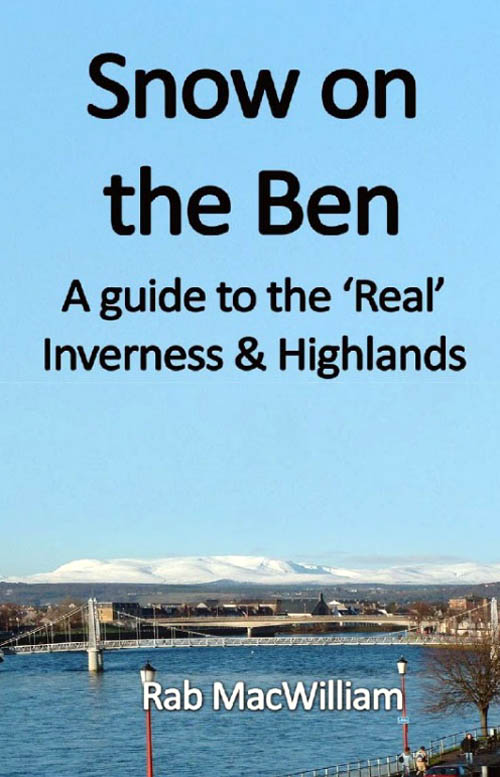 Blayzeen: ‘Blazing away’ with a rifle in an erratic, irresponsible, careless (or deliberately murderous) manner

Dottled: Confused, befuddled and bewildered, and is often applied to those of a certain age

Groick: A clumsy, dithering, clueless individual who keeps getting things wrong. This word, however, is often used with a degree of sympathy, and signifies exasperation rather than anger.

Hockmagandie: An illicit or casual romantic dalliance with a member of the opposite sex.

It’s worse yer improoven: Nothing you may achieve, no matter how important or significant, can be acknowledged without a reminder of your fallibility.

Meeshahanagit-trala: A word uttered along with the shaking of a head, a sigh and lifting of the eyes, to indicate total exasperation.

Bodach: A pal or workmate. Similar, in its affectionate sense of comradeship, to the London East End ‘geezer’. Can be ‘old’ or ‘wee’, but never female.