LORRAINE Kelly has called in the police after falling victim to a diet advertising scam for the third time.

The breakfast television star tweeted that she had called in police after an unnamed firm used her image to sell weight loss tea.

The 55-year-old, whose breakfast show features a pre-Christmas diet and exercise programme, insisted that healthy eating and Zumba were the key to her slim figure.

Lorraine, who splits her time between London and her home in Dundee, tweeted yesterday: “I’m extremely angry that a bogus company is using my image to promote their weight loss ‘ketone’ tea. It’s being going on for months.” 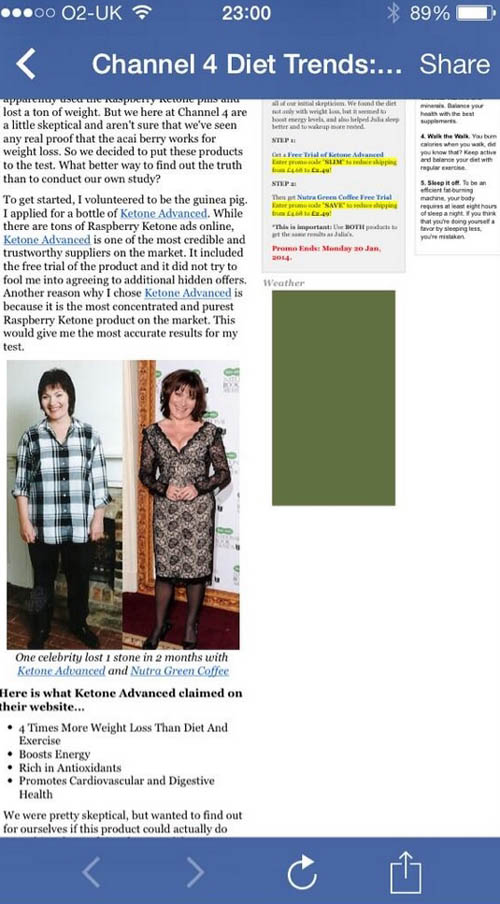 She added: “I’ve informed the police. PLEASE do not fall for this!I lost weight by eating sensibly and doing 2 classes a week with @MaxZumbaQueen”

Fans rallied to support the presenter.

Margaret Fagan Tweeted: “I have seen this loads of times Lorraine.”

BizAssist Fife wrote:“Terrible! Even more of a reason to get more actionable laws put in place to combat Rogue Traders!”

Contented Soul added: “I hope that you get something done about this. Thoughts are with you x”

While others were less supportive.

MaTtEfc Tweeted: “I’m sure you’ll get over it.” 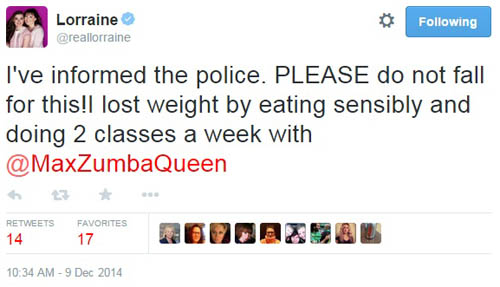 Photos of Lorraine have been used for years in an bid sell suspected scam diet products.

In January this year Lorraine threatened to take legal action after being alerted to an advertisement which claimed she used the herbal tablets to lose weight.

In a snapshot taken from a Facebook page the manufacturer of the Raspberry Ketone pills has shown “before” and “after” shots of Kelly, stating that she used the tablets to help lose weight.

In June last year Lorraine was caught up in a similar situation when several companies selling raspberry ketone tablets stated that she, along with Kate Middleton, Victoria Beckham and Adele had used their product to lose weight. 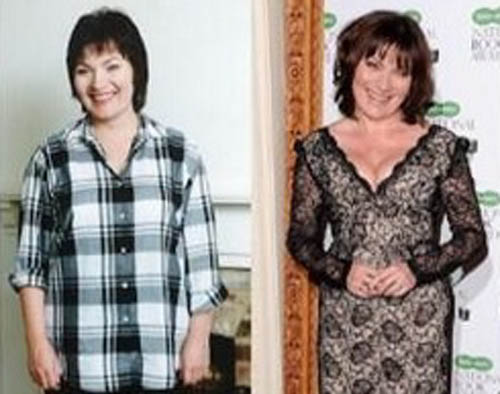