The 600 year anniversary celebration of the University of St Andrews attended by The Duke and Duchess of Cambridge in New York City last night (9 December) raised over £2.2 million.

The record breaking sum will be used for student scholarships, medicine, science and sport at the ancient Scottish university where William and Kate met.

The money will be seen as a major boost in St Andrews’ efforts to provide financial aid to students who might otherwise be unable to attend university. 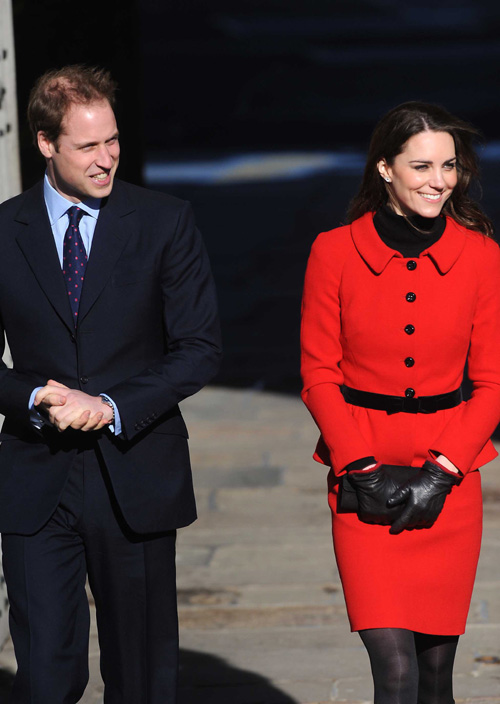 Over 450 guests attended the university’s Gala Benefit at the Metropolitan Museum of Art in New York where William- who is Patron of St Andrews’ 600th Anniversary Fundraising Campaign – thanked fellow alumni, parents and friends for their overwhelming support of their university at a crossroads in its history.

“It goes without saying to all of you in this room that the education we received there was first class,” he told guests.

“Louise [University Principal Professor Louise Richardson], you may need to close your ears at this point but it’s often said by the undergraduates of St Andrews that you leave the university in either one of two states: either married or an alcoholic.

“Fortunately for Catherine and me we ended up married. But for those of you who are parents of undergraduates right now, I give you one tip: ask your son ordaughter over the holidays if they know what Ma Bells is. If they answer yes, perhaps remove their wine glass out of reach. 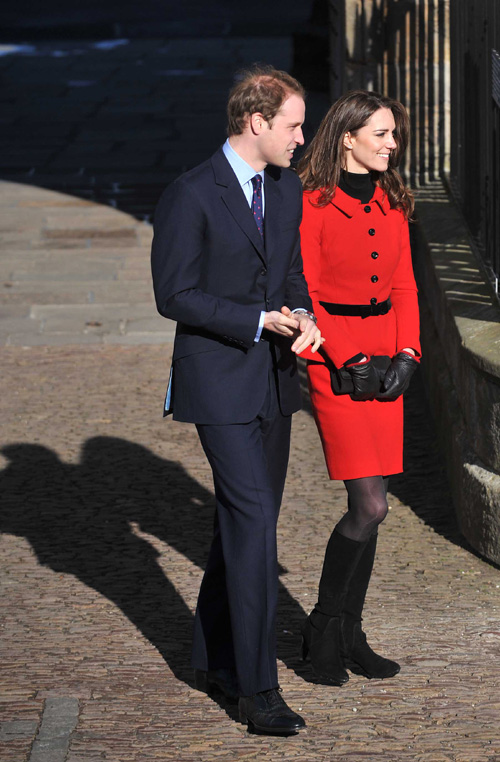 William then went on to praise the university which is the third oldest in the English speaking world. He said: “St Andrews’ blend of academic excellence, mixed with a liberal approach to critical thought and creative reasoning, is one that both our nations, on both sides of the Atlantic, credit with importance.

“In particular, St Andrews exists at the pinnacle of a noble Scottish tradition of intellectual freedom and the nurturing – in fact, I would say, flourishing – of arts and science. It feels like a place where no truth goes unquestioned and where there is much more discovering to be done in the world.

“I imagine that this sense of the unchartered planet, of upturning old truth, resonates particularly strongly here in the New World. It’s extraordinary, when you come to think about it, how a 600 year old institution can do this.

Discussing what plans for the money William said: “By joining us here this evening, you are supporting not only a remarkable, independent institution steeped in history, but you are doing something far more important but which may not seem so obvious. You are also helping to fight cancer, to overcome heart disease, to eradicate famine, to understand violence and to seek ways to bring about peace.

“You are helping to see deeper into space, to understand why humans act the way they do, to unfold the beauty of language and literature, to explore history and to conserve the wildlife in our oceans and habitats. And you just thought you were coming for dinner.

“I hope you are all very proud of your support and of your links to St Andrews. Throughout its long history, St Andrews has been blessed with the support of loyal graduates, friends and supporters. It falls to us, now, to continue that proud tradition.”

“We need this endowment so that future leaders of the University can invest in an unfashionable idea, can recruit brilliant but impecunious students, can retain star researchers, and buy time for promising young scholars.

“We are the third most highly ranked university in the UK, in the top 1% globally, and we have done this on a shoe string. Just imagine what we could do with an endowment.

“Today, we are a unique combination of ancient and modern: with the greenest laboratory in Britain close to one of its oldest chapels.

“Of local and global: with 45% of our students from outside the UK. We are the ideal size for a university, big enough to be interesting yet small enough to be intimate.

“Big enough to attract the best academics and most competitive research funding, small enough that the philosophers get to know the physicists; that the students are taught by those who write the books; that we can transform the lives of every student who comes to us.”

The Duke and Duchess are alumni of St Andrews. Both graduated from the university in 2005. They were met on the steps of the Museum last night by a welcoming party of US-based St Andrews alumni wearing traditional red gowns.

The couple attended a brief VIP reception before being piped into dinner to the strains of Scotland the Brave. Dinner took place in the Temple of Dendur where guests were served dishes including Scotch lamb and Aberdeen Angus beef.

Professor Robert Crawford, of the St Andrews School of English, addressed the guests as “Your Royal Highnesses, Principal, Highheidyins, Friends..” before reading a poem entitled “Alma Mater” which he had written specially for the occasion.

As the Royal couple departed the event to catch a commercial flight back to the UK, guests stood and applauded spontaneously. Professor Richardson thanked them for their unfailing support and offered a gift – a miniature St Andrews red gown for Prince George.

After the departure of the guests of honour, a live auction was held, generously supported by friends of the University and many of its graduates and honorary graduates.

Arnold Palmer, Jack Nicklaus, Ann Gloag and Ian Rankin are among those who donated lots to the auction.