A REMARKABLE photographic exhibition shows family homes abandoned to decay on a remote Scottish island – because relatives cannot bear to sell them.

Haunting images, taken on the Outer Hebrides by former Buzzcocks drummer John Maher, show the properties slowly rotting away and almost unchanged since the day the owner died. 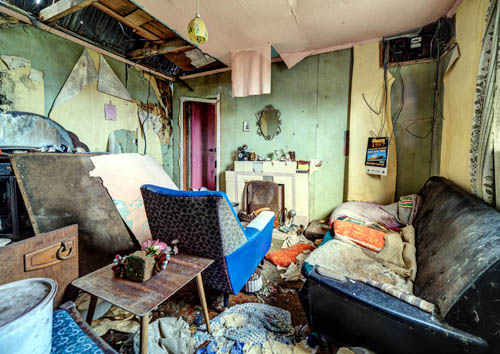 The homes, many of them miles from the nearest road, are frozen in time and have become memorials to the dead of the islands.

In some cases, estate agents even received enquires to buy the properties but were ordered to turn them down as relatives cling on to past lives in crofting communities. 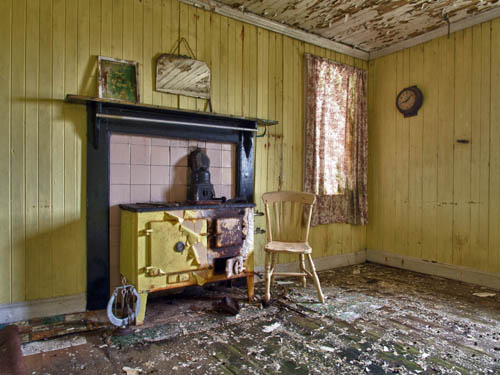 Now the stories behind the lost homes of Lewis, Harris and other islands have been revealed with the help of social media and will form part of an exhibition in Edinburgh which opens on January 4. 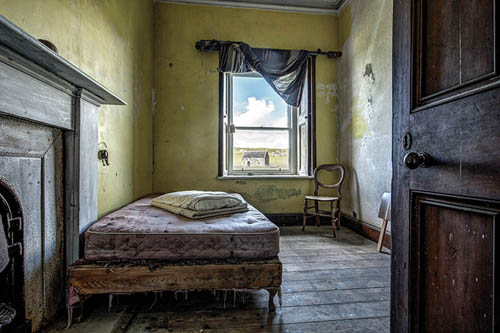 The hauntingly beautiful photographs show lives suspended in time with wedding pictures on mantelpieces, beds fully made and even dinner plates on the table. 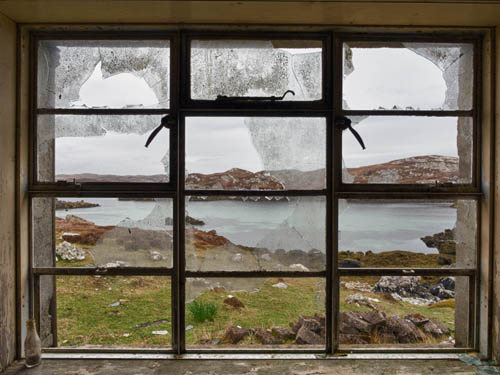 Mahar, who drummed on 70s hits such as Ever Fallen in Love, stumbled across the hidden treasures when taking outdoor nighttime photographs around the Outer Hebrides.

After entering the lost homes his interest soon turned to what was inside. 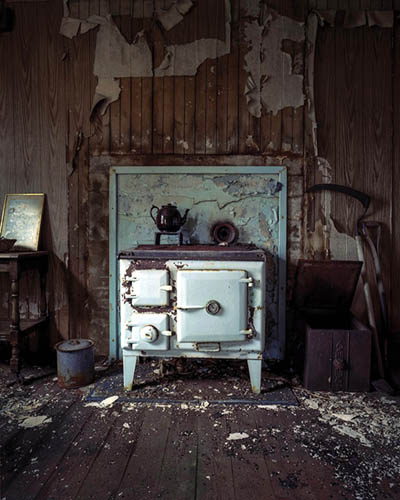 “In some of them you see so many personal belongings that have been left behind,” said Maher.

“There was one house with a suitcase on the bed and letters on the side board that haven’t been opened.”

He continued: “In some houses it would be quite easy to spook yourself.” 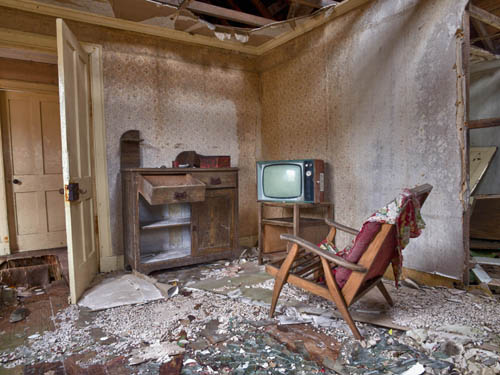 He teamed up with photographer Ian Paterson and soon the stories behind the mysterious houses started to emerged. 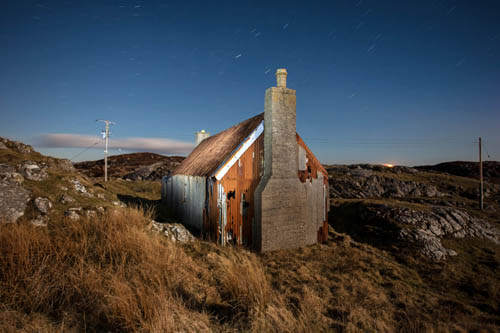 Paterson explained: “The houses just exist as they are. It’s very emotive. People still have a very close emotional attachment. There are a lot of emotions tied up in them.”

After getting in touch with relatives through Facebook the story behind one of properties soon emerged. 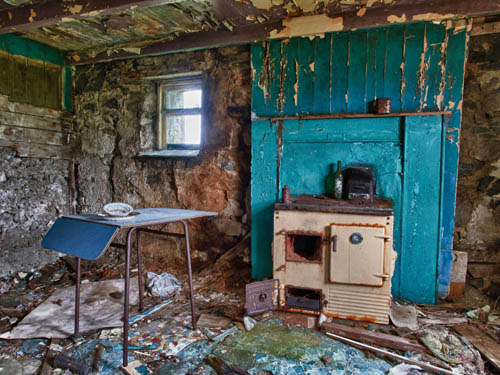 The house in Harris photographed by Maher still packed full of belongings was built by Kenneth and Peggy MacKinnon.

Although the couple left the island in their later years they continued to make an annual pilgrimage home to light the fire and sit in the front room together. 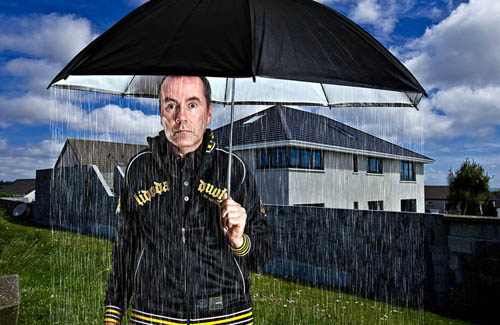 “One of her [Peggy’s] last wishes was for the house to remain as it was,” said Paterson. “There is still a very strong personal connection.”

“When the older generation die off there is no one to take the houses over,” explained a Stornoway estate agent. 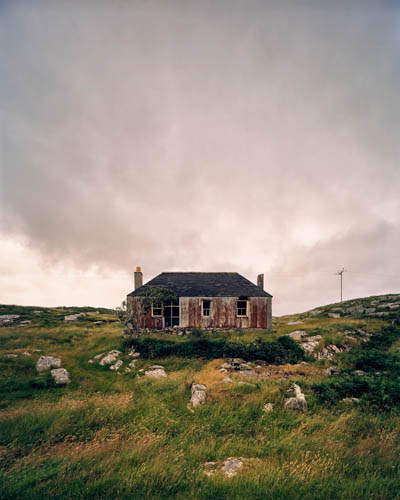 The agent, who asked not to be named, said often people ask about old abandoned croft houses – “where people are looking for that kind of lifestyle on the island”.

But families often don’t want to sell because “it’s the original family home”.

“It’s sentimental family values. They have no intention to live in them at the moment,” she said. 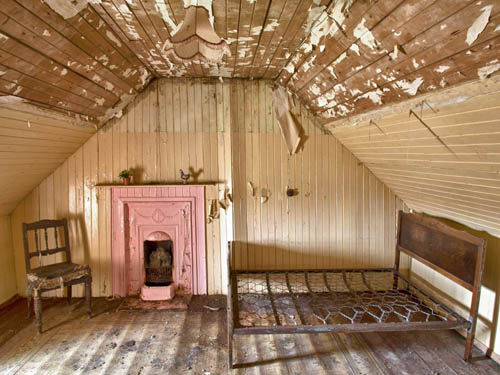 The remote locations of a lot of the properties – many of which were built before the roads and are not accessible by car – mean they lay hidden out of sight.

Now they are at the mercy of the notorious Hebridean weather. 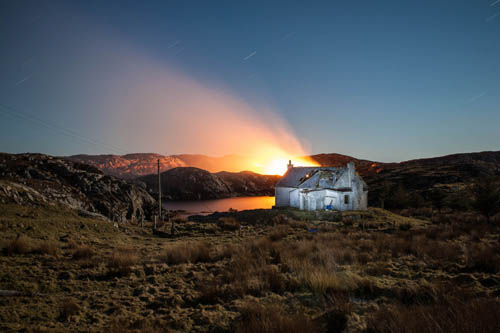 “Quite a few of these will disappear in the next five or ten years,” said Paterson.

He added: “Not all decay is bad decay. There is a lot of memories.”

The exhibition ‘Away Being’ is launched on January 4th in Gallery 1 at St Margaret’s House, 151 London Road, Edinburgh.