Edinburgh’s property market enjoyed a strong end of year run as the hangover from the Referendum faded, according to the capital’s leading solicitors and estate agents.

Warners, who have four property shops in Edinburgh, saw the number of properties being listed for sale jump by 20% in December compared with October; while sales figures for the month are ahead of the same period in 2013.

Estate Agency Partner Scott Brown said that while there has been a general improvement in Scotland’s housing market, fuelled by factors such as the   Help to Buy scheme and greater consumer confidence, the impact of the   Referendum could not be overlooked. 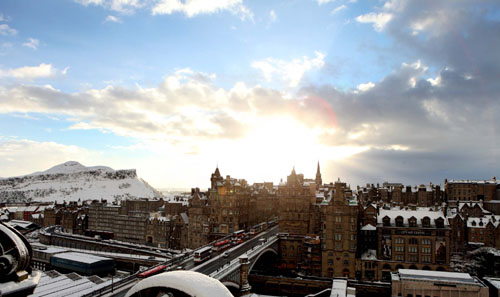 Scott said: “June and July are normally quiet months as it’s the holiday period. In August in Edinburgh, we also have the impact of the Festival contributing to the post-summer lull in the property market.

“In September things normally pick up but this never happened this year because of the Referendum, midway through the month.

“There was a combination effect of people delaying both buying and selling as the wanting to play the waiting game as they were concerned how the vote would go – in either case.

“It meant we had a slower second half of 2014 than we would have expected.

“But in the last weeks of the year, there has been a marked increase in   activity – from both buyers and sellers.

“Our sales levels are ahead of 2013’s figures for the same period while we’ve seen about a 20% spike in properties being listed for sale compared with October.

Scott added: “While there will always be pockets that are the exception, prices in Edinburgh are now just a touch away from the levels we saw in 2008.

“That is being driven by stability in the jobs market. Edinburgh’s financial services sector is a still a major element of the city’s economic wellbeing.

“The fact that there is now more job security, coupled with increased employment opportunities, has contributed greatly to the performance of the property market.”

Warners, which has four property shops, has held the unofficial title as Edinburgh’s leading property solicitor for 14 consecutive years since 1999,   measured in terms of both property sales and listings by ESPC.

Stunning five-bedroom home with its own indoor squash court on market for £1.95m

First phase down to last home at flourishing development