SCOTS Spinal Tap fanatics have invented a gadget that promises rock guitarists the ultimate freedom to show off.

The team from Edinburgh has created a wireless transmitter between guitar and amplifier that delivers “studio quality” sound.

The wi-fi invention does away with metres of messy cable which, as well as restricting the freedom of axemen to strut the stage, poses a serious risk of tripping and/or strangulation. 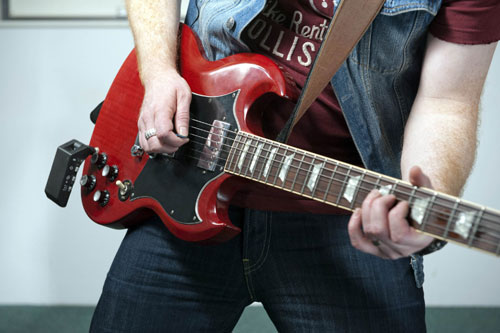 And unlike old-fashioned radio transmitters, there’s little chance of that face-melting guitar solo being interrupted by other signals.

The problem was hilariously depicted in the cult rock mockumentary Spinal Tap when the lead guitarist’s moment of glory was ruined by air traffic control messages at the USAF base they were playing at.

John Crawford, CEO of Ingenious Audio, admits he and his four colleagues are massive fans of the comedy, and claim their invention turns wi-fi “up to 11”. 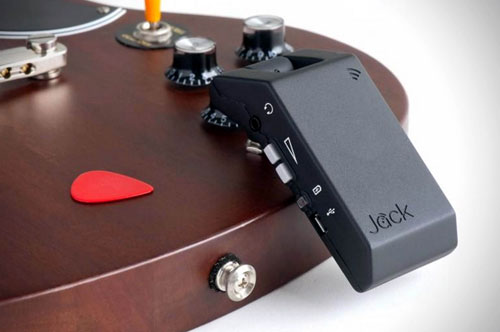 The 37-year-old , who has a Master’s degree in Electronic & Software Engineering from Glasgow University, said: “We essentially redesigned wi-fi so the sound streamed in real-time and at studio quality.

“It wasn’t easy but we worked with some fantastic people.” 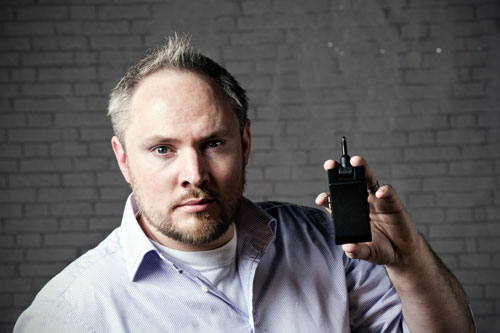 John added: “The £20,000 funding will allow us to invest enough money to start up a mass distribution line which will be in Livingston, so Jack is an entirely Scottish creation from beginning to end.” 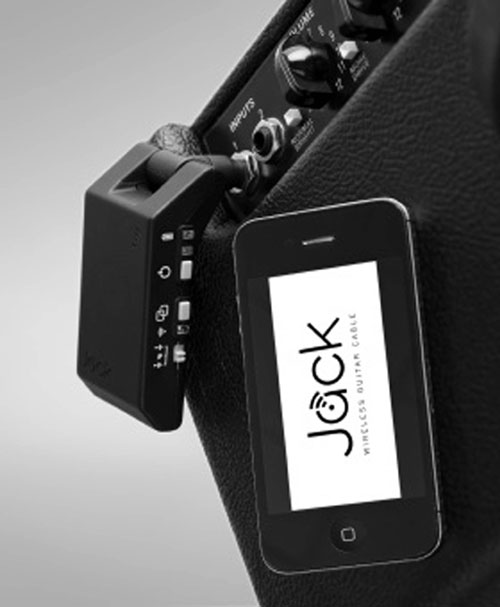 John said: “We’re all huge fans of the Tap and wi-fi is a defining part of this device so we couldn’t resist sneaking in a reference.

“I wanted to include a ‘smell the glove’ reference but it didn’t really fit with what we were doing.

“I’m a guitarist and I like 80s rock so I’ve grown up loving the likes of Spinal Tap and AC/DC.”

Four years’ work has already gone into the product and the team hope to have the first models ready, priced at £95, by May this year.

This is Spinal Tap, released in 1984, also features the “up to eleven” comment by guitarist Nigel Tufnel in reference to the power of his amplifiers.