A UNIQUE “jam sandwich” police car bought to chase oil executives in their Ferraris has been restored to its original glory and is up for auction.

The Rover SD1 Vitesse clocked up 90,000 miles as a traffic car with the former Grampian Police force. 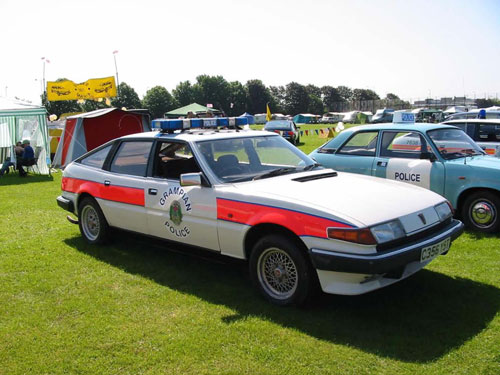 Scottish police in the Life on Mars era needed the 135mph car to have a chance of catching speeding Aberdeen oil industry yuppies in their luxury sports cars.

The car – nicknamed The Beast by traffic officers – is expected to fetch at least £8,000 when it comes up for sale on Saturday.

The Rover, which guzzled petrol at the rate of 18 miles per gallon, still drives perfectly despite the approach of its 30th birthday later this year. 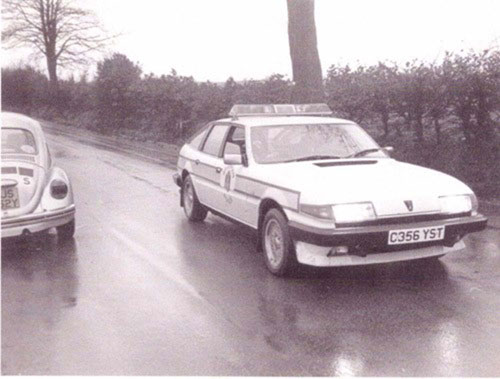 The car, which survived at least one crash while in police service, has also starred in TV programmes such as Dalziel and Pascoe.

The car is being sold by London-based auctioneer firm Coys.

Their website states: “Due to oil money coming into Aberdeen, it wasn’t unusual to see Ferraris being put through their paces on the new Stonehaven bypass which opened in 1984. 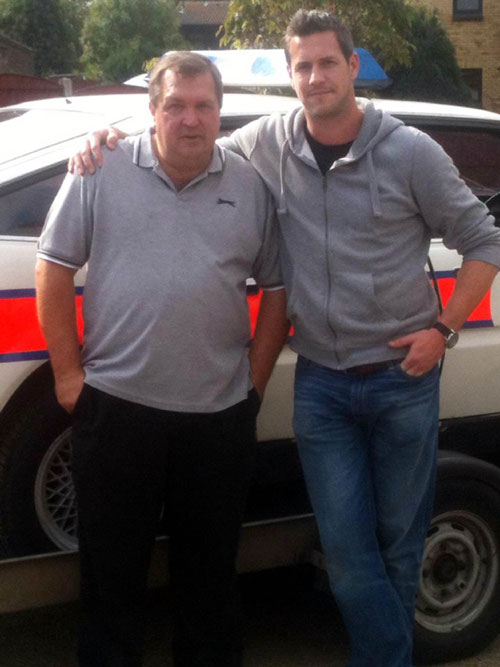 “Grampian Police needed a high-speed patrol car to deal with this problem and they ordered a special Vitesse for the job.”

Ian Slorach, who was with the force from 1975 to 2006, spent much of his time behind the wheel of the hatchback.

He said: “I drove that car regularly down in Stonehaven traffic back in the 1980s and it was one of my favourite vehicles.

“We used to perform speed checks stood by the side of the road. Some cars would come past going at least 100mph and we would have to catch them up – the car was more than capable.

“There were very few that got away. We were trained to a high standard to use it and I was very comfortable in it.

“I just loved that car. At that time, it was just about the quickest vehicle in the fleet.” 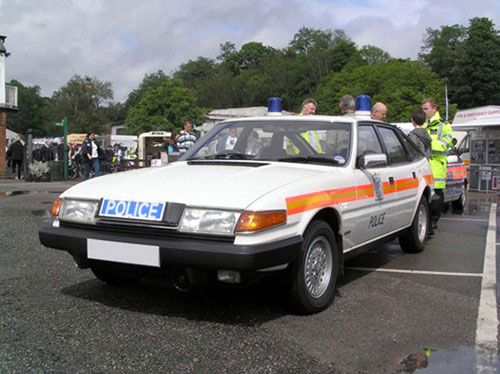 Mr Slorach, 57, now works as a taxi driver in Inverurie, Aberdeenshire. He said he was “delighted” to hear the car had been restored to its former state.

“I would love to see it again,” he added. “I’m going to try and get down to the auction. I won’t be bidding though – I have nowhere to put it!”

The car was restored for the Channel 4 series For the Love of Cars. They bought the car from Larry Collins, who has owned the car for the past 11 years.

Mr Collins, 55, who lives in Purfleet, Essex, said: “I’d had my eyes on the car for a while and was chuffed when I managed to buy it off the police.

“I’ve spent thousands doing it up over the years but ill health meant that I couldn’t finish it.

“When they came to take the car away to be restored it was a real mix of emotions. I was a blubbering mess when I finally saw it restored back to its former glory.

“I really hope that it ends up at home in Scotland. It’s been an emotional rollercoaster for me but I would love to see it displayed.

“I’ve heard that the Grampian Transport Museum have put a bid in. It would be nice for it to go there.”

Mr Collins revealed that the car has been used in several films, including the well-known crime series Dalziel and Pascoe, starring Warren Clarke and Colin Buchanan. It was also used in the 2005 BBC drama series Friends & Crocodiles.

The car also featured in a film about the fatal Marchioness Disaster – a fatal collision between two boats on the River Thames which killed 51 people.

The car was restored for the Channel 4 series For the Love of Cars and will be auctioned at the NEC in Birmingham during the Autosport 2015 show.

The series follows actor and motor enthusiast Philip Glenister who, along with a crew of mechanics, scours the country recovering and restoring classic vehicles which have fallen into disrepair.