THE WORLD has gone mad for a Loch Ness Monster soup ladle – made in Israel.

A Tel Aviv firm made tens of thousands of the Nessie utensils and sold out within 24 hours to places as far afield as Australia and South Korea.

Fans of the 10-inch, turquoise ladle will now have to wait until May to get their hands on one. 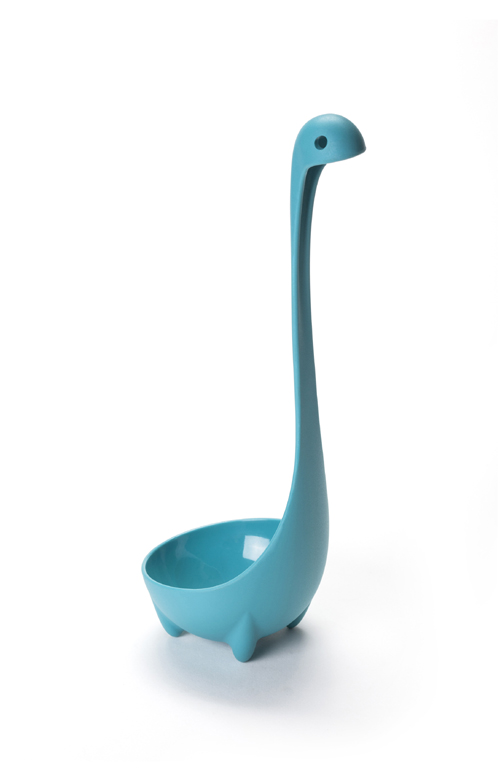 The £10 Nessie, made from toughened nylon, is designed to make it appear that the slender neck and head of the mythical beast is emerging from your soup pot.

Daniel Gaffner, founder of the Ototo company which produced the design, said that sales have been “overwhelming”. 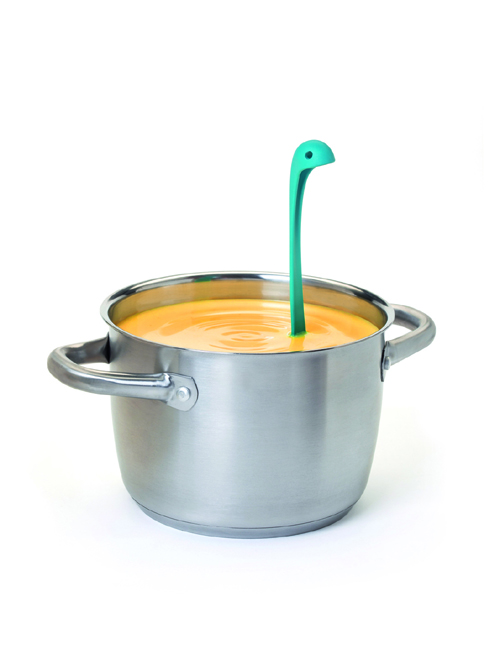 He said: “The buzz around Nessie is huge and within 24 hours it had gone out of stock. We have had orders from across the world – it’s gone global.

“We’ve had emails from everywhere – South Korea, Japan, Australia, Canada. We’ve sold tens of thousands and they only went on sale last week.

“We never imagined it would take off like this. We’re trying to cope with the demand. This is by far our biggest selling product so far this year.

“The original Nessie myth is a worldwide thing and obviously has captured the hearts of many. Our design is simple and cute which is why we think it’s so popular.

“We’re going to make the most of it and will probably be bringing out a range of kitchen utensils in the Nessie design.”

Social media users around the globe have been sharing pictures.
Christine Byrne, from New York, tweeted: “I need this Loch Ness monster in my soup.” 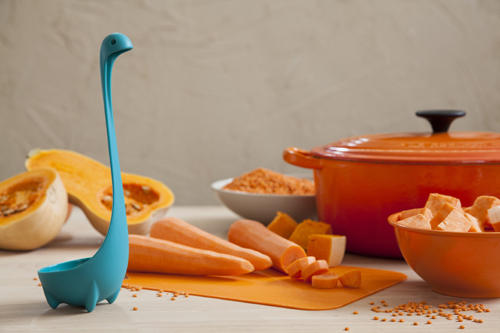 Dr Kamal Amzan, from Malaysia, tweeted: “What a cool ladle. Loch Ness monster in your soup.”

And “Drosie”, from Nairobi, Kenya, tweeted: “Just saw a soup ladle shaped like a Loch Ness monster and I am happy.”

Avril Wilson, manager and buyer for The Nessie Shop in Drumnadrochit, on the shores of Loch Ness, said that she thought the product was “great”.

She said: “I have had a lot of people sending me links to the product – I would definitely be interested in selling it in our shop.

“I’m waiting for a call from the company – I’m sure they’ll be in touch soon.

“We don’t currently sell any Nessie utensils so this would be something a bit different. At the moment, our biggest seller is the fluffy Nessie toy.” 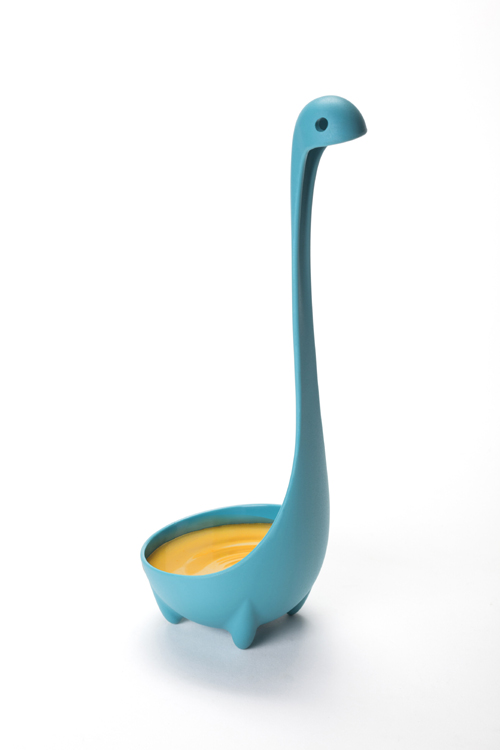 The monster is often depicted as a Plesiosauroidea – a marine reptile from the Jurassic period some 201million years ago – which was characterised by a long slender neck, broad body with four long flippers.

This prehistoric shape has appeared across hundreds of photographs of the elusive beast.

Just last year, a Loch Ness monster spotter bagged himself £2,000 for taking a picture of the mythical creature from his home in Stockholm, Sweden.

Nessie enthusiast Bjarne Sj Strand noticed a long, thin object in the water on Google Earth while on his computer 800 miles away.

The 52-year-old, who had never even been to Scotland, won the best Loch Ness Monster sighting of 2014.

However, despite a growing body of anecdotal evidence, sonar readings and satellite images, a BBC documentary in 2003 used 600 separate sonar beams to prove the Loch Ness monster was just a myth.