The UNIVERSITY OF GLASGOW is leading a new European Commission-funded project to develop a novel form of ultra-fast wireless data transfer.

The project is titled‘Innovative ultra-BROadband ubiquitous Wireless communications through terahertz transceivers’ (iBROW) and has received €4M (£3.1M) in support from the European Commission’s Horizon 2020 initiative.

Glasgow will lead the project which will include other universities from the UK as well as France, Germany and Portugal. 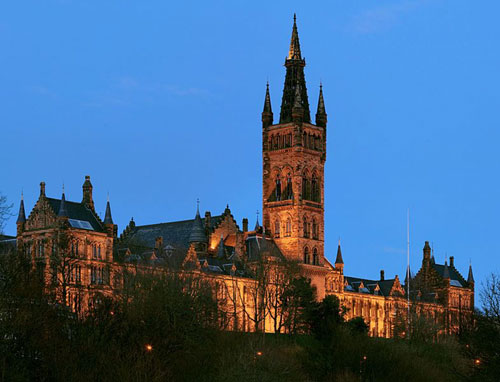 The aim is to explore the potential of ‘resonant tunneling diode technology’- electronic devices which can operate at the very high frequencies need to increase the speed of transfer- to create ultra-broadband wireless communications.

The demand for broadband content and services has been growing at tremendous rates, and high-speed fibre-optic broadband is becoming increasingly common.

However, wireless technology is lagging behind the increasing capacity of broadband communications.

Experts believe that by 2020, wireless data rates in the range of tens of gigabits per second (Gbps) will be required, which is not possible using the frequency spectrum of current wireless systems.

Without new forms of wireless data transfer there could be a significant bottleneck in the rates of delivery available to wireless devices.

Dr Edward Wasige, Senior Lecturer in Electronic and Nanoscale Engineering at the University of Glasgow, said: “We’ll be working with our partners over the next three years to develop new forms of wireless communication which use resonant tunneling diodes (RTDs).

“They have the potential to create wireless broadband systems at frequencies where other electronic semiconductor devices cannot be used, and could allow wireless data transfer rates of up to 100 Gbps in the long term.

“We’ll be working to increase RTD output power and optical detection efficiency with reduced energy consumption, through development of a low cost and energy-efficient unified technology which can be integrated into wireless devices such as tablets and mobile phones as well as the base stations these devices communicate with.”

The other universities involved are include the University of the Algarve and INESC Porto in Portugal and the Technische Universität Braunschweig in Germany will also contribute to the project.
iBROW is funded by Horizon 2020, the biggest-ever EC Research and Innovation programme, which will allocate nearly €80 billion of funding between 2014 and 2020.