TRIBUTES were paid yesterday to a “gorgeous” baby girl who died following an incident at a house in Edinburgh.

Ten month old Chloe Vivin Sutherland was taken to hospital on Tuesday afternoon following an incident at a property at Parkhead View in the Longstone area of the city.

She died at the Royal Hospital for Sick Children in Edinburgh just before midnight. 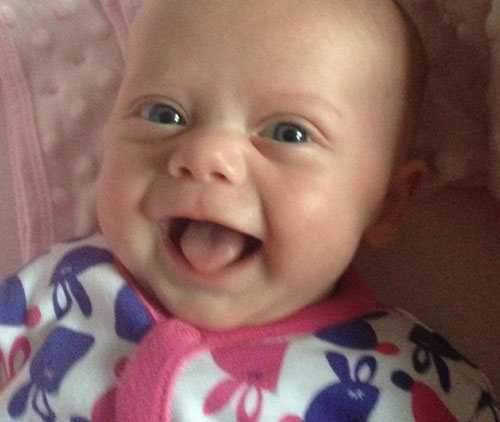 The family of Chloe Sutherland issued a statement through Police Scotland which said: “Chloe was a beautiful and vibrant little girl who had everything to live for and who sadly passed away peacefully with her daddy and family at her side.

“Chloe was much loved by her brother and sister and her family and friends and will be sadly missed by all of us.

“We would ask that our privacy be respected at what is a very difficult time.”

Stunned neighbours of the close-knit community yesterday paid tribute to baby Chloe following the “shocking” news of her death. 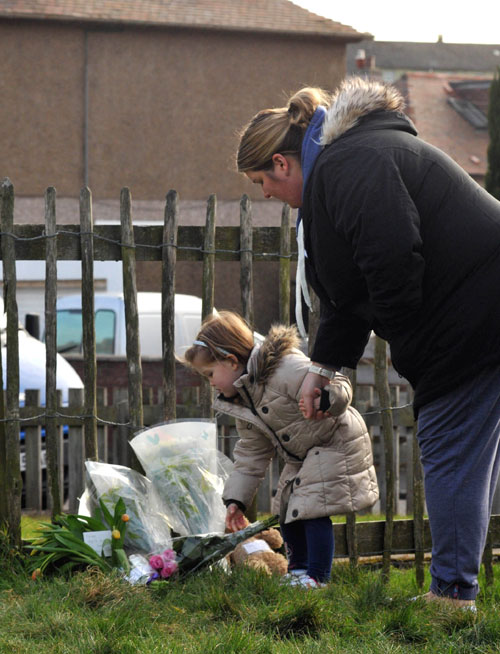 Friends and family began to lay tributes at the scene including a bear with the message: “Rest in peace.”

Bunches of flowers including tulips, lillies, daisies and roses were laid outside Chloe’s home.

They read: “We’ll miss you” and “Chloe – forever in our hearts. Fly high with the angels baby girl”.

Next door neighbour Peter Roach said he had been looking forward to seeing key events in Chloe’s life.

“We shared a back garden basically and we were looking forward to seeing her taking her first steps and first birthday.”

“My daughter is four months pregnant as well. She used to see the family in the street a lot.

“They were just normal working class people. I think it’s already affected the street. There were people out this morning taking their kids to school and nursery and everyone was very quiet and sad looking.

“It’s a close knit street and usually quiet. It’s a shock. The area has a bad name but this is a nice quiet street.” 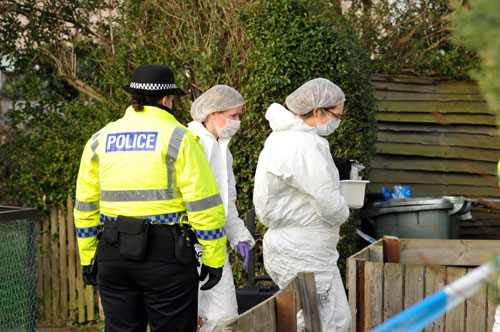 Her daughter Lisa Alexander, 22, said: “They seemed very normal. Just a normal family. I didn’t know them that well but its very sad news.”

Local shopkeeper Rahman Afzal said: “They came to my shop almost every day. They always seemed very happy and lively. I never really saw the baby but this is shocking news.”

Chloe was born at the Royal Infirmary in Edinburgh in April last year. 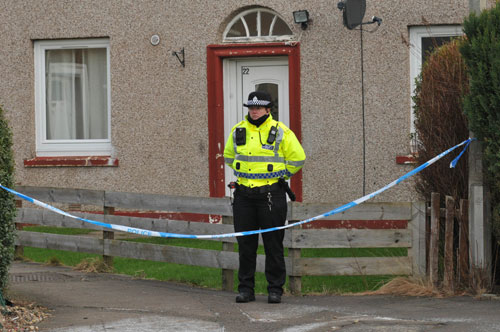 Her father, Craig Steedman is an accounts manager for Scottish Gas.

Over the past few months he had posted pictures of his daughter on Facebook which friends and family had commented on.

Mr Steedman’s half sister Pamela Steedman wrote: “Gorgeous little girl, so lucky to have a daddy who loves her so much xx”

Police said in a statement: “Police in Edinburgh attended at a property on Parkhead View, Edinburgh on Tuesday 3rd February around 2.30pm, following a report of concern for a 10 month old girl.

“She was conveyed to Edinburgh sick kids but passed away just before midnight.

“The child has been named by police as Chloe Sutherland.

“A 35 year old woman has been arrested and charged and is expected to appear at Edinburgh Sheriff Court later today (Wednesday 5th February)in connection with the death.”