A KITTEN has become an online sensation after a video emerged of his crazy reaction to seeing snow for the first time.

Zoofi, a four-month-old, has racked up half a million views in three days with his startled reaction to seeing flakes of snow in the skies above Aberdeen.

The kitten, believed to be a Russian Blue, was filmed sitting on a window ledge in the Granite City. 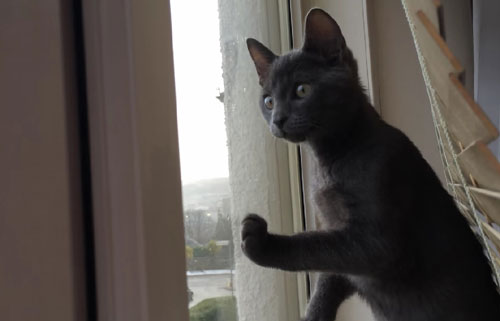 The astonished feline jerks his head side to side as he tries to follow each snow flake.

His curiosity and frustration see him jumping up and desperately try to catch the falling white stuff with his paws. 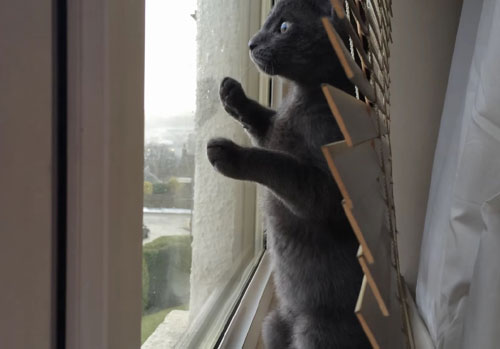 Zoofi’s owner, 26 year-old oil and gas engineer Stewart Donald, took the video at their home in Torry, Aberdeen on Sunday and posted it on his youtube channel.

Titled “Our kitten sees snow for the first time”, the video description says Zoofi loves cuddles and getting up to mischief.

Hundreds of viewers left comments on the video. 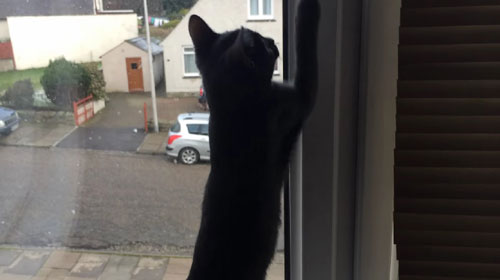 One read: “I’m not normally into cute cat videos, but this video of a kitten seeing snow for the first time broke me.”

Another comment read: “Good thing that kitty was inside, otherwise he might have gone down the street chasing those things.” 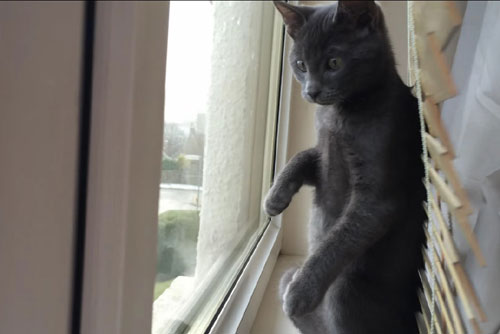 One viewer wrote: “Is this the cutest cat ever? YES. Fact.”

Another excited viewer posted a message saying: “This is adorable!”

Zoofi’s facination with the falling snow is typical of Russian Blues which are known for their playfulness, curiosity and intelligence.