A CARE home has come up with a novel way to help residents with dementia – pub therapy. 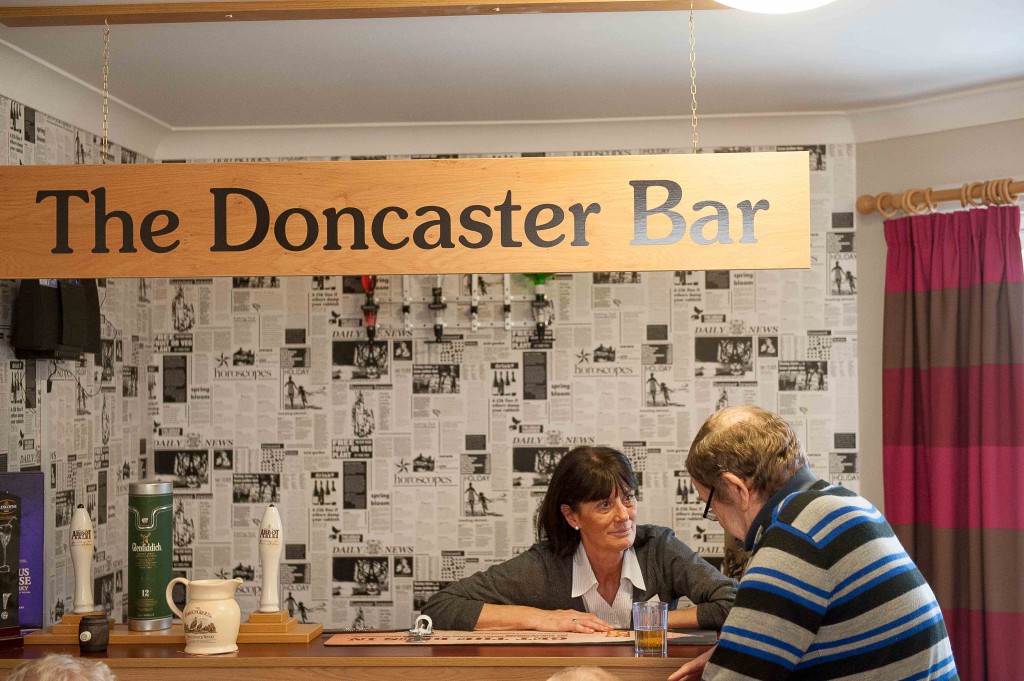 The Glasgow home has created an in-house boozer complete with a bar, table football, a dartboard, pint glasses, and traditional beer mats.

They hope the authentic pub environment will help unlock memories among its “regulars”.

The pub – called The Doncaster – is proving particularly popular with male residents and there are even plans to add a beer garden.

The Doncaster is not licensed but family and friends of residents at the Bupa Craigbank Care Home, which specialises in dementia care, donate the drinks.

Manager Alan Twigg said: “By providing a mock pub, we have created a comfortable and familiar social setting for our residents which really helps to makes them feel more at ease within their surroundings.

“While it is open to all residents, we have found it has a particular appeal to male residents, allowing them to reconnect with their traditional notion of ‘going for a pint with your pals’.

“The pub has been a complete success with the residents and has become so popular we now use it for events, celebrations and birthdays.”

Pauline Hunter, clinical services manager at the home, said: “This concept undoubtedly, in my view, improves the living experience for residents in the unit by providing cognitive stimulation which inevitably improves the mood and general well being of the residents.

“We are already seeing male residents responding positively to the pub environment, and have even noticed the social situation has meant they are opening up more to each other which is a positive thing to see.”

She added: “The facility can also improve co-ordination – even if this just involves a resident raising a pint glass.”

Commenting on the novel ‘pub’ therapy Kirsty Yanik, spokeswoman for Alzheimer Scotland, said: “There is something really positive about making it as much like real life as possible.

“This is a really interesting way of building this into a care home.” 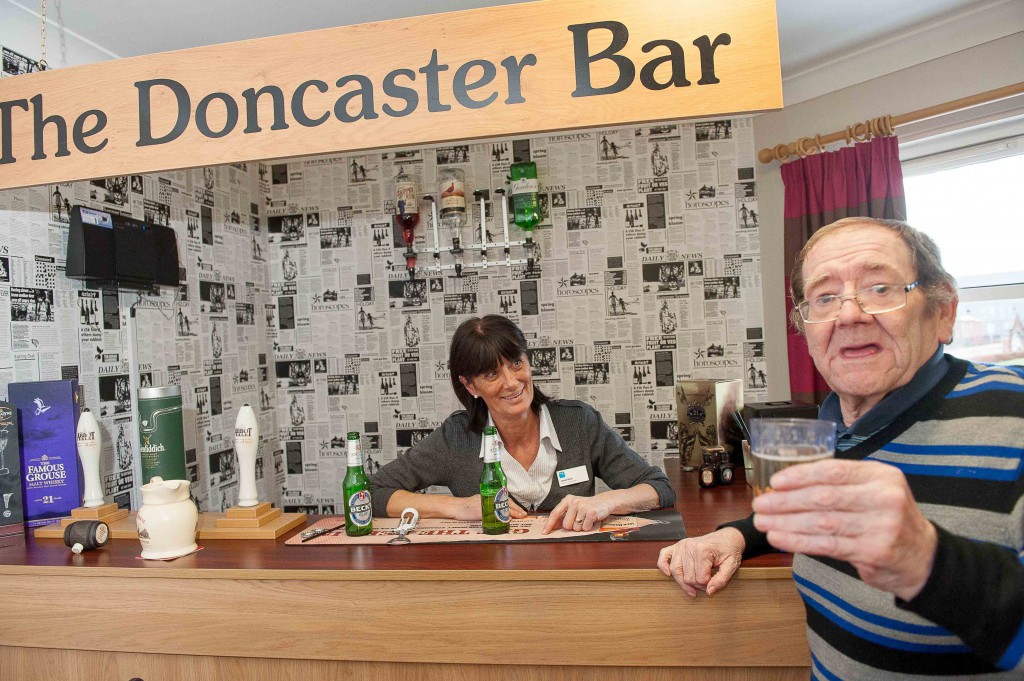 Asked it it could help slow down the condition Ms Yanik said “it can do” but stressed: “It’s about enjoying the pleasures of everyday life.

“What does have a positive impact is interaction with other people.”

She said often actives are geared to women residents because “more women live to that age but also the majority of care staff are female”.

“We need to adapt what we do for older men with dementia,” she said.

“There are quite a lot of older men where half pint a week is part of their social interactions.”

She laughed: “So long as everyone indulges in moderation.”

Charity launch a sponsored walk to raise funds for dementia