A FRENCH Star Wars fanatic has built a Millennium Falcon drone from scratch.

A video of the custom-built machine emerged on Wednesday which shows a drone sized version of the iconic spaceship, which was flown by Han Solo in the original trilogy.

Oliver Caron, 40, proudly showed off his creation above a snowy field in Grenoble, at the foot of the french Alps. 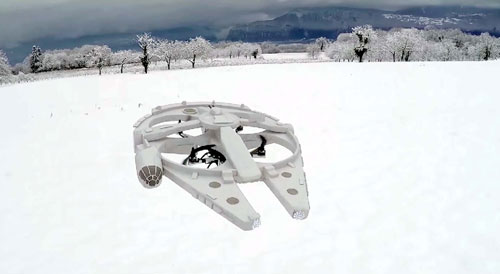 The video shows the replica Millennium Falcon drone zipping around the field at a height of around 20 feet and the rear of the ship is light up just as it is in the films.

Oliver built the Falcon using different parts bought from various manufacture as well as parts he made by hand. 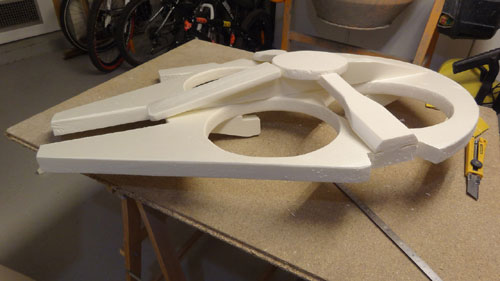 When Oliver isn’t busy being a father of two, or piloting his three other drones, he works as a freelancer in the industrial design and computing services and only builds drones in his spare time.

“With the new Star Wars film out at the end of the this year I thought it was an obvious choice for a spaceship. Also the fact it’s very flat helps a lot so its easier to adapt to a quad copter,” said Oliver. 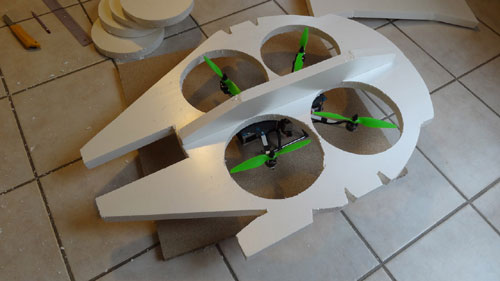 Reflecting on his love for the films Oliver said: “I have always been a fan of the series. I still remember when I was 9 years-old and I saw the Return of the Jedi movie in a cinema.

“Now I have 2 sons, 7 and 10 years-old and for sure we’ll go and see this new Star Wars movie in December.” 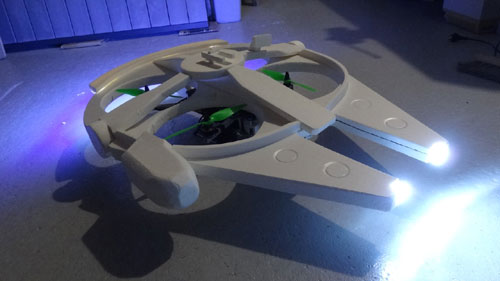 The video has proven hugely popular amongst Star Wars fanatics and drone geeks alike and has been viewed over 290,000 times in just two days.

One fan left a comment which read: “Be still, my inner-8-year-old heart. Be still” 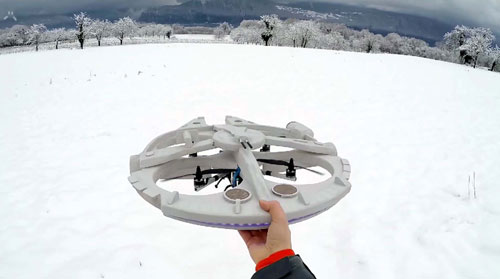 One comment played on one of the most quotable lines in the film: “This is definitely the drone I was looking for ”

Oliver said: “I built the Millennium Falcon frame using two planks of expanded polystyrene, some paint and a couple of LEDs for lights. The Price of the Falcon hull itself is next to nothing.

The total cost of Oliver’s Star Wars project has total around £1085. 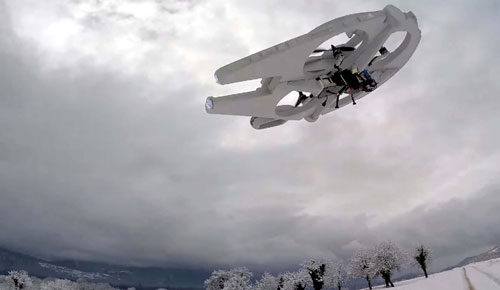 Oliver’s youtube channel features dozens of stunning drone videos including one speeding through a dense forest and another flying around snowy mountain tops. 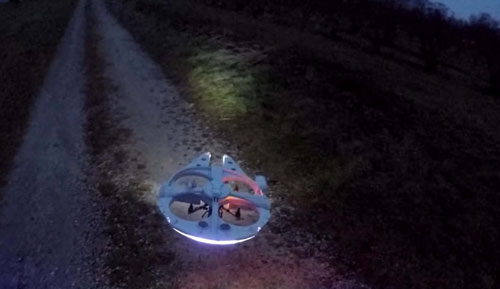 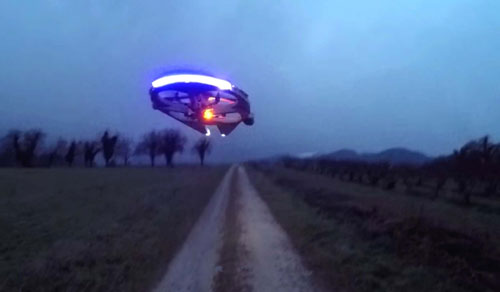 His Star War drone obsession is set to continue with Oliver announcing plans for his next project.

He said: “Next is a Tie Fighter. Work is already in progress, but there are several technicalities I have to overcome, the shape is quite tricky. Mostly the solar panel, the main thing to avoid are vibrations. But I’m not the kind to give up easily, you’ll see it fly some day next.”

Londoner pranked with 50 calls a day of Chewbacca impersonations