SCOTLAND’S largest teaching union has welcomed West Dunbartonshire Council’s decision not to go ahead with the cuts to the teaching week in primary schools.

The council decided not to go ahead with the proposed 2.5 hour cut after opposition from teachers, parents and the wider community.

The Labour run council was considering the move in a bid to save £1m as part of wider ranging cuts to save £17m over the next three years. 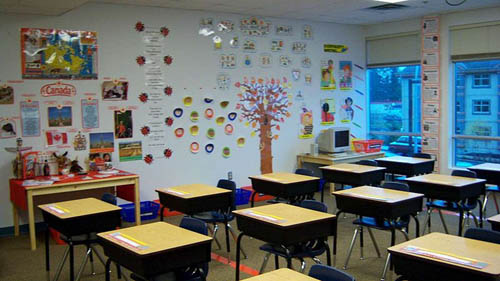 Convener of Educational Services, Councillor Michelle McGinty said: “I would like to announce the immediate removal of the policy to change the school week.

“This was not the best policy to address our reduced funding from government and we are sorry for the concern this has caused to our parents and residents.

“We had listened to the parents during the consultation on this proposal. They had raised concerns mainly around childcare and we had plans in place to help with those concerns – we put extra funding into providing for breakfast clubs.

“However, we recognise the uncertainty and concern among the community and genuine fears parents have about their children’s education.

“We wish to remove doubt and uncertainty immediately and we will find other ways to balance the budget.”

Commenting following the announcement that West Dunbartonshire Council has abandoned its plan to cut the length of the primary school week, EIS General Secretary Larry Flanagan said: “The EIS welcomes the fact that West Dunbartonshire Council has performed a very swift U-turn on its poorly thought-out proposal to reduce teaching time in primary schools.

“The overwhelming opposition from teachers, parents and the wider community has shown that the people of Scotland will not willingly accept attacks on children’s education.”

Mr Flanagan added, “This should also act as a stark warning to other local authorities who are considering similar cuts to children’s education. The very clear message is that this type of attack will be resisted – and resisted strongly – by all those with an interest in protecting young people’s learning.”