A STATUE of Billy Connolly has been place in Glasgow to raise money for Comic Relief and in a new approach the Big Yin accepts contactless donations.

The life size statue will allow passers by to tap their card on the pocket of Billy’s statue to donate £1 to Comic Relief with Barclays contactless technology or via the Barclays Pingit app.

The statue is part of a new campaign from Comic Relief which features a statue of ten different celebrities who’ve donated their time and talent to help Comic Relief over the years. 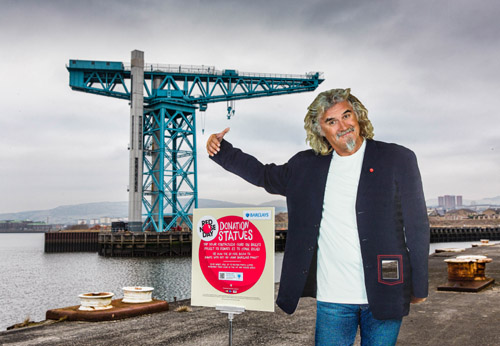 Billy Connolly said: “I’ve been supporting Comic Relief for many years and to have a statue made of me is truly an honour.

“I’ve run around Piccadilly Circus naked and visited projects in Africa but they’ve never asked me to stand still and be quiet before.” 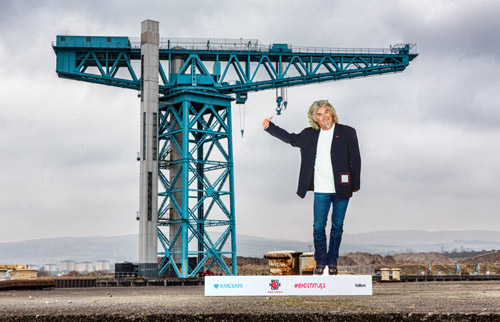 The Donation Statues are the invention of Comic Relief co-founder Richard Curtis, who has collaborated with many of the nation’s favourite comedy stars over the years.

Richard said: “Since the beginning of Comic Relief I’ve asked hundreds of exceptionally talented and generous comedians to do strange things to raise money and this might be the oddest request yet.

“Huge thanks to all ten who agreed to let us turn them into a statue.

“As well as perfect selfie opportunities, just a simple tap on the pocket with a contactless card will give a £1 donation to help incredibly vulnerable people in the UK and across Africa. We’ve come a long way in fundraising since 1988!”

The money raised by Red Nose Day’s Donation Statues will be spent by Comic Relief right here in the UK, and across Africa, helping vulnerable and disadvantaged people to turn their lives around.

Restaurant with “top 5 view in UK” for sale