US POP star Pink has posed naked for a 90 foot billboard in Manhattan as part of an anti-fur campaign.

The stunt is part of animal rights group PETA’s campaign to stop fur being used in fashion and comes on the eve on New York fashion week.

The black and white image shows the 35 year-old singer- whose real name is Alecia Beth Moore- sitting side on from the camera as she smiles and covers herself. 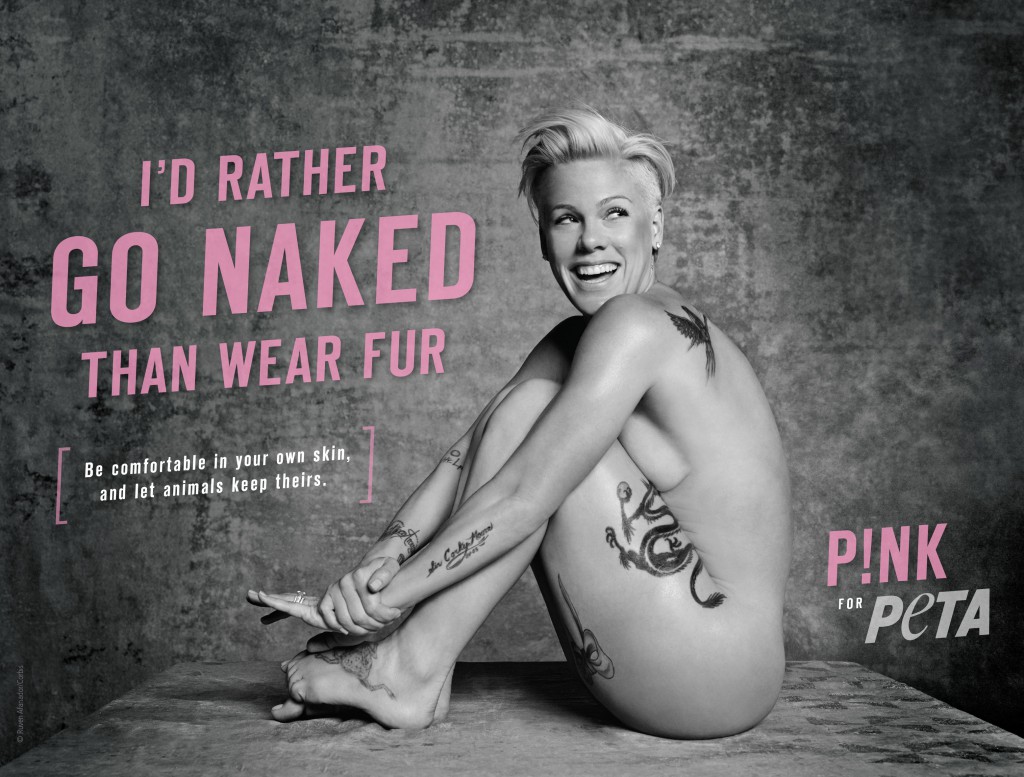 The image also reads: “I’d rather go naked than wear fur” with another caption in brackets underneath which says: “Be comfortable in your own skin and let animals keep theirs.”

Thousands of fashion editors and buyers from around the world will descend on Manhattan for what is one of the most iconic fashion festivals in the world.

“I would like to say I’ve always been fur-free”, says the multiplatinum Grammy winner Pink.”Unfortunately, I went through a selfish phase and wore fur on a couple of occasions.

“But I wised up and now boycott fur completely. I wish everyone was forced to learn the horrors that these animals go through for fashion trends.

“I hope fur-wearers get bitten in the ass by the same kind of animal they wear on their back.”

Pink and Ricky Gervais have previously lent their voices to PETA UK in anti-fur and animal skin campaings however this is the first time the singer has stripped off her clothes to make her point. The photo, by Ruven Afanador, is the latest in PETA US’ “Rather Go Naked Than Wear Fur” series.