SCOTS scientists have made a huge breakthrough in the pursuit of printing artificial organs.

Scientists at Edinburgh’s Heriot-Watt team have been wrestling with the problem of supporting the live cells used to make the organs but have now developed a synthetic DNA gel which may be the key to their puzzle.

The Heriot-Watt team was led by Professor Rory Duncan, head of the Institute of Biological Chemistry, Biophysics (IB3) and Bioengineering and Dr Will Shu also of the IB3. 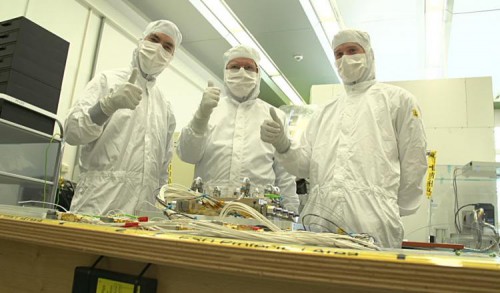 Professor Duncan explains. “The first challenge was that if we used a normal gel it was not possible to mix live cells with it for 3D printing. Colleagues at Tsinghua University in Beijing have developed a gel which, like some proprietary glues, comes as two separate liquids into which cells can be added.

“These do not turn into a gel until the two liquids are actually mixed together during the printing process.”

The breakthrough is, says Professor Duncan, a showcase for the benefits of teamwork. “This is a wonderful example of working across disciplines and across geographical boundaries. Chemists, engineers and biologists have come together from Scotland and China, to produce, test and demonstrate the benefits of this product.”

Dr Shu said, “Using the new gel in combination with our delicate 3D printing system, which does not involve heat, UV, salt or other harsh conditions to make the printed 3D object set, we have been able to demonstrate we can produce a three dimensional matrix containing highly viable live cells.

“Most importantly, working with the wider team led by Professor Duncan here at Heriot-Watt, we have also have run specialised imaging tests to prove that the cells we used remained alive and functioning at sub-cellular level after this process was complete.”

Professor Shu agrees. “Our eventual aim is to 3D print organs for transplant, as well as producing alternatives to the testing of drugs on animals. This new gel in combination with our 3D live cell printer is a huge step forward towards these potential long-term medical benefits.”