Scotland’s Commissioner for Children and Young People has called on Police Scotland to stop carrying out “consensual” searches on children.

In a letter to Scottish Police Authority board members, Tam Baillie, says that he was given an assurance by Police Scotland last June that such practices would cease for children under 12 years of age. However figures released last week suggested that more than 350 young children have been searched in this way.

In the letter he said: “The proportionate use of stop and search is a legitimate tactic for the police to use and it contributes to keeping communities safe.

“However, it is necessary that there is appropriate transparency and monitoring of this personally intrusive practice to ensure that the rights of those subjected to stop and search are not infringed. This requires such searches to be carried out within a statutory framework as in other parts of the UK.

“Non-statutory searches do not have the same protections of rights infringements and I believe the use of all non-statutory stop and search in Scotland should be brought to an end, if necessary through legislation.”

The letter has been sent in advance of the Scottish Police Authority’s special board meeting today (13 February) to discuss the issue.

Tam Baillie says he has long denounced the use of “consensual” stop and search on all children and young people in Scotland.

“I wrote last year to Police Scotland and said that continuing to carry out this type of search on under 12s is completely unacceptable.

“Such searches have no statutory basis and they are carried out where there is no suspicion of wrongdoing. My position on this has not changed and I urge the Board to ensure that the needs and rights of children are properly reflected in any recommendations that may arise from the meeting.”

Scottish Liberal Democrat leader Willie Rennie also spoke out against the actions. He called for Police Scotland to explain why consensual stop and searches continued when parliament was told they would end immediately when the tactic was questioned last year.

Mr Rennie said: “Before the bosses at Police Scotland start plotting for new powers to stop and search they need to explain their failure to end consensual searches of children under 12.

“It was a clear breach of trust between Parliament and Police Scotland and must be addressed urgently. We must know what went wrong and quickly. It is not acceptable for police bosses to carry on regardless.

“I am astonished that police bosses have not yet apologised to parliament and the hundreds of children searched. They must apologise without any further delay.” 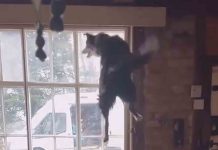