A £2m bid to bring beavers back to Scotland – recently described as an “outstanding success” – has almost certainly failed.

The five year trial undertaken at Knapdale in Argyll and Bute was the first reintroduction of beavers in Scotland for 400 years.

But now it looks as though the colony will not survive without outside help. 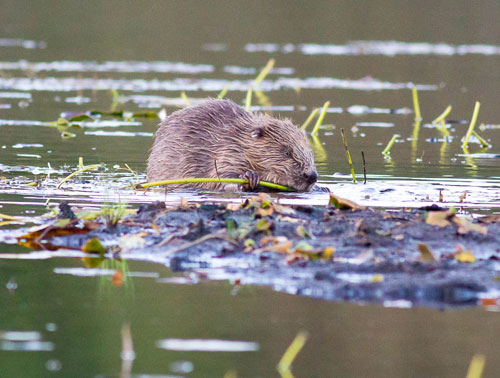 A new report shows that although 14 kits, or baby beavers, were born in the wild only one or two survived.

And only half of the 16 adult beavers transported from the Netherlands to be rehomed in the Scottish Highlands can be accounted for.

Three male beavers have died while five of more of the animals were recorded as “missing”.

The report concludes that as the mortality levels for kits stand the beavers would not be able to establish a self sustaining population.

Meanwhile the cost of the trial, led by the Scottish Wildlife Trust, has spiralled from the original estimate of £850,000 to £2m.

The beavers were originally flown from Norway in custom built transportation creates.

They left the airport in Oslo, stopping in Frankfurt overnight before landing in London Heathrow.

They were placed in quarantine in Devon before travelling to Scotland ahead of their release.

Beavers were hunted to extinction around 500 years ago for their highly valuable fur and oil.

The report, by Scottish Natural Heritage and The Wildlife Conservation Research Unit, states: “A total of sixteen beavers in five families or pairs were released during the trial.

“Of the released individuals, three deaths (all males) were recorded during the first year of the trial, and five animals went missing (four over the first two years, and one in the fourth year).

“As of June 2014, eight of the released beavers were known to be alive and present in the release area.”

It added: “A total of fourteen wild-born beavers were recorded over the four ‘kit emergence periods’ monitored.

“Two kits were predated, eight went missing before they were one year old and are almost certainly dead. Either one or two wild-born animals remain at the release site.”

It concluded: “Population viability analysis suggested that, if kit mortality levels remained as high as experienced during the trial, this would preclude establishment of a self-sustaining population.”

The result appear to contradict comments made by trial manager Simon Jones, who last year said the project had been an “outstanding success”.

Speaking in May he said: “In terms of asking ‘can beavers live in the wild in Scotland and can they breed’ then the answer is yes.

“We’re extremely happy about how the trial has gone but now it’s for the government to decide whether we want to have a wider beaver population in Scotland.”

Later this year the Scottish Government will make a decision about the future of beavers in Scotland including those in Knapdale.

Ironically, an “unofficial” colony of beavers has spread through Tayside after a few animals escaped captivity 11 years ago.

However Simon Jones continues to insist the trial was a success.

He said: “The Scottish Beaver Trial was successful in being the first trial reintroduction of any mammal species in the UK.”

He continued: “The four beaver families introduced were never intended to be source population for a wider full-scale reintroduction, but a small group to be studied in order to explore how beavers affect the local environment.

“All but one of the families bred throughout the five year period and a full range of natural behaviours was seen, including births, deaths and dispersals which is expected in wild animals.

“Costs did rise in the first year of the trial when animal importation costs rose, but then the project remained on budget throughout and eventually cost in the region of £1.5 million.”

A spokeswoman for Scottish Natural Heritage said: “The reason for the low survival rate of the beaver kits at Knapdale isn’t fully known – there may be an underlying factor or it may just be bad luck.”

She added: “If the Scottish Government decides to keep beavers in Scotland, we’d recommend that more beavers were added to those currently at Knapdale and we’d keep monitoring them, particularly the kits, to see how they were doing.”