THE CULPRIT in the Celtic Park salmonella outbreak was probably a dodgy ham and mozzarella salad, a report has revealed.

Nineteen guests at the Glasgow ground were struck down with vomiting and diarrhoea last September.

Despite initial suggestions that a lamb dish was the chief suspect, months of sophisticated testing have pointed towards an Italian delicacy.

The investigation by the public health protection unit of NHS Greater Glasgow and Clyde (NHSGGC) found that all those struck down had the starter of “prosciutto ham, mozzarella, and home-made pesto dressing”. 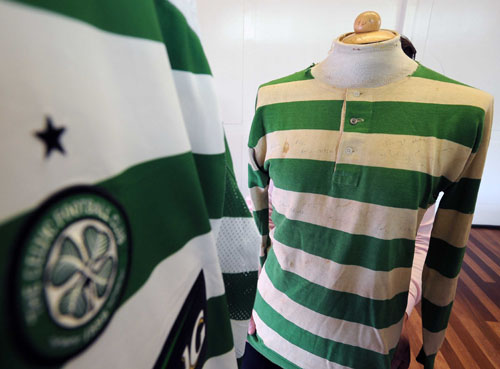 Two people were admitted to hospital following the outbreak but all the victims made a full recovery.

It is believed they were all at the ground for either the Celtic v Motherwell game on Sunday 21st September, or the Celtic v Hearts game three days later.

Investigators carried out an assessment of the food-making process for each component of the starter, even down to the draining of the mozzarella balls.

But it was impossible to test the actual ingredients used in the starters because they had all either been eaten or thrown away.

A small amount of the ham used in the starters was recovered and tested but it proved negative, suggesting either the cheese, pesto or tomato caused the outbreak.

As a precautionary action, the Italian dish was removed from the menu whilst investigations were ongoing.

The report concludes that there were “no significant faults within the food-handling or preparation procedures in the kitchen” and that the exact cause of the outbreak could not be determined.

A spokeswoman for NHSGGC said: “We are satisfied with the food handling and hygiene at Celtic Park.

“The possibility that one of the ingredients within the starter was unknowingly contaminated with Salmonella prior to its arrival in the kitchen cannot be discounted.

“As the items were not cooked before serving, the bacteria was consumed by the diner resulting in infection.

“In other words, although unfortunate, the outbreak could not have been prevented.”

A spokesman said at the start of the investigation: “Celtic serves around 120,000 people each season in our corporate areas, an operation of substantial scale.

“We are proud of our impeccable record in this area and our processes have been recognised by Glasgow City Council through the Eatsafe award scheme.”

There were 813 cases of Salmonella in Scotland in 2013. The infection is a type of bacteria which can cause diarrhoea, vomiting, fever and abdominal cramps. Symptoms develop 12 to 74 hours after infection, and the illness usually lasts four to seven days.