VIDEO of hedgehogs eating baby chicks alive have been released as gruesome evidence of the need to remove the prickly mammals from a Scottish island.

The astonishing footage shows a hedgehog devouring a baby lapwing, leaving behind only a leg.

Another clip filmed on the Hebridean island of South Uist shows a hedgehog munching on bird eggs.

The film also shows the distressed adult birds frantically dive-bombing the hedgehogs in a desperate and futile bid to save their young.

The hedgehogs were introduced to the island in the 1970s to eat slugs. 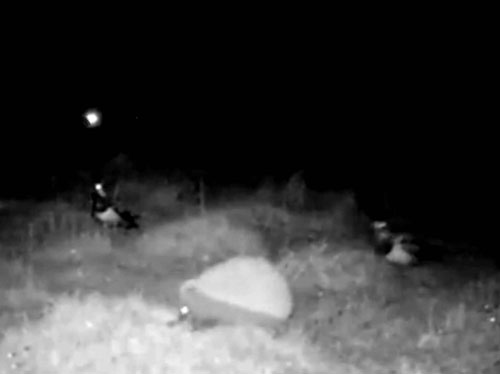 But there are now an estimated 5,000 adult hedgehogs living there.

Despite their reputation for cuteness, the nocturnal animals regularly snack on the chicks and eggs of ground-nesting birds.

As a result, the population of some species of birds have declined by more than 50%.

Scottish Natural Heritage (NHS) set up hidden cameras – including night vision models – to collect evidence that the hedgehogs are to blame.

The shocking films – taken between 2012 – 2014 – have now been released to coincide with a renewed crackdown.

All 5,000 hedgehogs will be humanely trapped and transferred to a mainland site – at a cost to taxpayers of £5m. 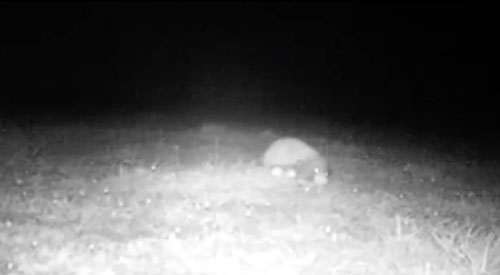 In one of the videos, after the hedgehog had had its fill, the camera cuts to the destruction left behind and a leg laying on the ground.

Another video shows adult lapwings driving on the spiky hog as it plods over to the nest and tucks into all four of the eggs.

It was later established hedgehogs could be deported to the mainland using traps.

But despite more than a decade of projects the persistent predators remain.

The scale of task dawned on SNH just six weeks into its initial cull and after spending £26,000 getting rid of 66 of the nocturnal mammals only discover 60 hoglets had already taken their place. 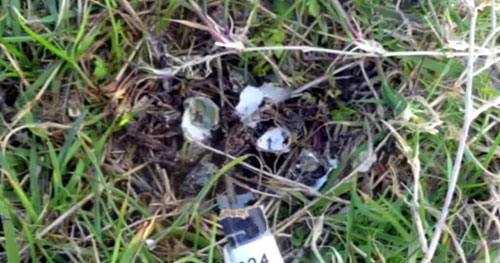 Ian Ross, the SNH chairman, said: “Species such as internationally important, lapwing, dunlin, ringed plover, redshank and snipe are among those most affected. Action is proposed to counter the worrying decline in key wader species in the Uists.”

He continued: “The hedgehogs are a non-native invasive species introduced by man in the 1970s and are now having an extremely damaging impact on nest sites, predating on eggs and chicks.”

Mr Ross added: “We and our partners are committed to removal of the hedgehogs which are trapped safely and humanely, and removed from the Uists to the mainland.” 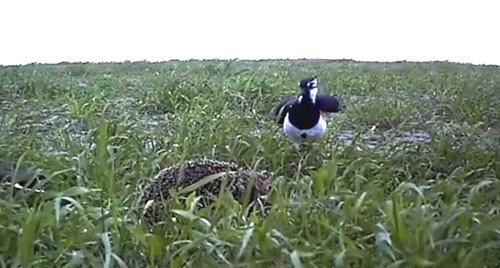 Western Isles council leader Angus Campbell welcomed the news saying it was “building on the work that has been done already”.

When deported from the Uists hedgehogs are released in the central belt, North Ayrshire and parts of Aberdeenshire.

An SNH spokeswoman said: “The hedgehogs are in healthy condition and are released into volunteers’ gardens or into suitable habitat in the wider countryside, well-spaced and just before sunset to allow them the best possible chance of survival.”

She added: “The mainland release sites are generally areas where there are a limited number of ground nesting birds, mostly nesting in bushes and trees.

“It is not thought that introducing pairs of hedgehogs on the mainland at a spacing of one-mile intervals is likely to negatively impact the local population of hedgehogs or birds.”

She added: “These gentle animals found themselves on the island through no fault of their own as a result of human interference, so the least we can do is to ensure their safe transfer to a safer, more natural home.”