OVER half of Scots think their partner is overweight but nearly a third are too scared to say anything, according to a recent study.

The study, commissioned by drinks company Magners, asked 2,000 Brits a series of questions relating to their partners weight and found some interesting results highlighting the different approaches men and women use.

Many Scots even go so far as to trick their partner into losing weight without them realising it- 30% admitted putting their other half on a secret diet. 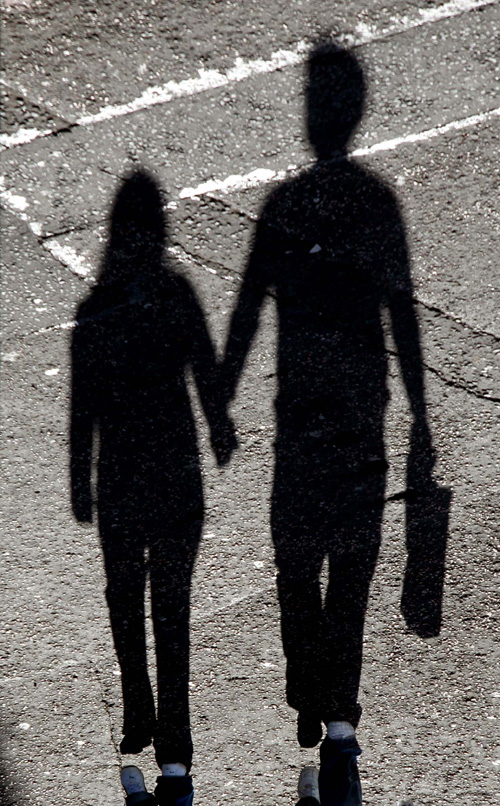 Across the whole of the UK it seems that more women were dissatisfied with their man’s weight than vice versa (52% versus 48%) and 40% of those women said they put their man on a diet compared to just 25% of men.

Men were the most scared to bring the issue up in conversation- 40% compared to 24% of women- and the most common suggestion they resorted to for losing a few pounds was ‘sexercise’.

Ladies approach to slimming down their partner differed slightly , focusing on practical strategies such as low calorie alternatives and diet plans.

However they were less trusting of their man’s dietary discipline with a fifth of girls admitting they believed their partner was cheating with secret snacks.

The most common tactic used by women in this battle of the spouses was hiding food- 21%- and using low calorie alternatives when cooking a meal.

The study found that over half of Scots- 58%- are consciously trying to watch what they eat and that 51% have started walking more in a conscious effort to get more healthy.

Magners commissioned the study as part of a campaign to highlight their new lower calorie cider alternative.

Karen Crowley, Brands Marketing Manager at Magners said: “The Scots are on the right track here but perhaps they need to use a little less of the sneaky, underhand tactics. Swapping favourite food and drink for a lower calorie version rather than drastic cuts or big lifestyle changes is the key to sustainable change.”