A LEGENDARY Scots pilot and war hero who survived 11 crashes, a torpedo attack and was arrested by the Gestapo will speak at a lecture on UK defence strategies at the University of Edinburgh tomorrow.

Captain Eric ‘Winkle’ Brown, 96, from Leith Edinburgh is the guest speaker at the this year’s prestigious Mountbatten Lecture where he is expected to discuss his thoughts on Britain’s defence tactics.

Captain Brown is the Royal Navy Fleet Air Arm’s most decorated pilot of all time and he holds a place in the Guinness book of world records for flying 487 different types of aircraft-more than anyone else in history. 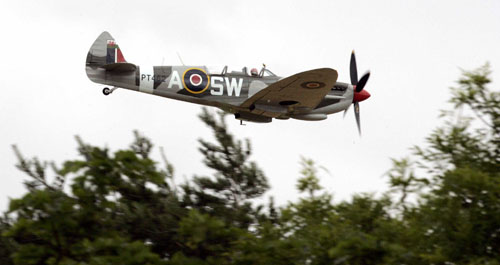 Drawing from his extraordinary experiences, he will deliver this year’s University of Edinburgh Mountbatten Lecture, entitled Britain’s Defence in the Near Future.

Eric, whose friends included astronaut Neil Armstrong, is widely regarded as Britain’s greatest ever pilot and was just eight years-old when he flew his first plane with his dad, a World War I Royal Air Corps pilot.

In 1937 Eric began studying modern languages with an emphasis on German at the University of Edinburgh where he also joined their air squadron.
He was later approached by the Foreign Office who recruited him as part of the Diplomatic Corps and he was sent to German on a teacher exchange programme for six months in 1939.

However when war was declared the SS turned up at his door and he arrested and locked up for three days before eventually being released over the Swiss border and subsequently joining the Royal Navy Volunteer Reserve.

He was one of only two men to survive an attack on HMS Audacity, which was torpedoed by a German U-boat in December 1941.

His aptitude for flight deck landings – acknowledged as one of the most difficult maneuvers a pilot can make – led him to test aircraft carriers before they were brought into service.

Captain Brown is one of the few pilots to receive the Distinguished Service Cross and the Air Force Cross for acts of courage throughout his career, as well as his numerous campaign medals.

He holds an MBE, OBE and CBE and was also awarded an Honorary Degree from the University of Edinburgh in 2008.

Eric also met Churchill and King George VI, put his life on the line as designers pushed the jet-propelled aircraft to the limit.

The lecture, due to take place in the Playfair Library in the University of Edinburgh at 5:30pm, is now fully booked however the university will film the event and post the video on the official university website.