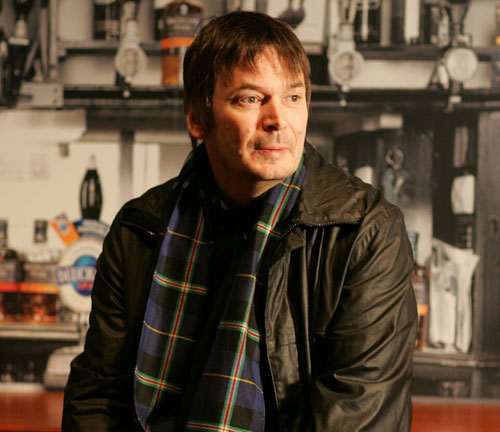 REBUS author Ian Rankin has revealed that he queued for half an hour on World Book Day – to get a book signed by a fellow writer.

Rankin joined a queue of Kazuo Ishiguro fans at Waterstone’s in Piccadilly, London, on Thursday.

He then tweeted a picture of his signed copy of Ishiguro’s The Buried Giant, on which the author had written “with great admiration”.

Rankin, whose own work has been translated into 26 languages, tweeted: “Yeah, just been hanging with another author. No biggie.”

He added: “Truth: I queued half an hour for that autograph. And we talked Van Morrison.”

Ishiguro was born in Nagasaki, Japan, and moved to Britain in 1960 when he was aged five.

He won the Booker Prize in 1987 for his third novel The Remains of the Day and one newspaper named Ishiguro among “The 50 greatest British writers since 1945”.