GENES  linked with a greater risk of developing autism may also be associated with higher intelligence, according to a new study.

Researchers at Edinburgh University claim to have found new evidence linking genetic factors associated with autism to better cognitive ability in people who do not have the condition.

However researchers say the exact nature of the link between autism and intelligence is not clear.

Although up to 70 per cent of individuals on the autistic spectrum also have an intellectual disability, some have relatively well-preserved, or even higher than average, non-verbal intelligence.

Autism is a developmental disability that can cause significant language and speech difficulties.

Researchers at the Universities of Edinburgh and Queensland analysed almost 10,000 people recruited from the general population of Scotland.

Individuals were tested for general cognitive ability and had their DNA analysed.

The team found that even among people who never develop autism, carrying genetic traits associated with the disorder is, on average, linked to scoring slightly better on cognitive tests.

Dr Toni-Kim Clarke, of the University of Edinburgh’s Division of Psychiatry, who led the study, said: “Our findings show that genetic variation which increases risk for autism is associated with better cognitive ability in non-autistic individuals. ”

Professor Nick Martin, of the Queensland Institute for Medical Research, said: “Links between autism and better cognitive function have been suspected and are widely implied by the well-known “Silicon Valley syndrome” and films such as “Rain Man” as well as in popular literature.

“This study suggests genes for autism may actually confer, on average, a small intellectual advantage in those who carry them, provided they are not affected by autism.”

The study is published in the journal Molecular Psychiatry.It was funded by the Chief Scientist Office of the Scottish Government Health and Social Care Directorates, Scottish Funding Council, The Wellcome Trust, The Medical Research Council and Age UK. 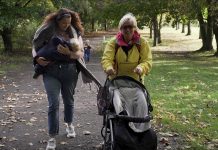