A HEADTEACHER has been struck off after creating an “atmosphere of fear and oppression” at an Island school.

Hilda Learmonth agreed to be removed from the teaching register yesterday (Tues) after being accused of bullying by teachers at Stromness Academy, Orkney.

The allegations against her include that she “denied them dignity at work” and “imposed a management regime to the detriment of many staff at the school.”

The 58-year-old signed a “removal with consent” form – which meant she agreed to be struck off the register without a full hearing or evidence from witnesses.

She had been in charge at the secondary school in Orkney for more than seven years.

During that time, she provided leadership training for staff who aspired to be head teachers.

In May last year it emerged that nearly two-thirds of staff at Stromness Academy had signed a letter to the chief executive of Orkney Islands Council citing concerns about the school.

The signatories claimed they had “reluctantly come to the decision that action is required” against “a situation we have been labouring under for the past few years, as we go about our everyday business in the school”. 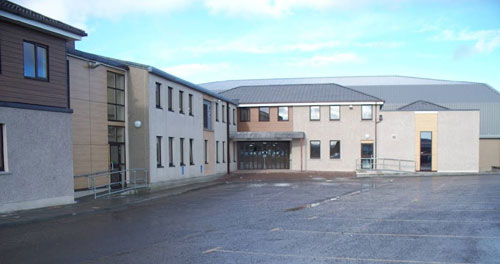 Stromness is the second-largest secondary school in the Islands, with a roll of 366 pupils.

A 2012 prospectus states that the school is “favoured with good facilities, resources and committed staff”.

In January this year, the council appointed Emma Taylor as head teacher. She is due to take up the appointment in the summer term.

She is currently the head teacher at Farr High School in Sutherland.

Ms Taylor previously worked at Westray Junior High School in Orkney as a languages teacher between 2002-09.

Councillor Rob Crichton, of the Stromness and South Isles ward, attended some of the academy’s parent council meetings when the crisis started.

Last week he said: “There is a ‘let’s move forward’ atmosphere going around the place at the moment, which is good, but we need to learn from this to some extent.

“The education authority put in place a teacher to take extra classes over the holidays to help any pupils who needed.

“The parent council seems to be much more proactive than it was this time last year.”
Ms Learmonth became head teacher at the school in 2007.

Donald MacKay, panel convenor at the removal with consent hearing, said: “In light of the respondents consent to removal from the register the panel decided to direct that the respondent be removed.

“The respondent will remain so removed unless and until an application for re-registration is made by her and the fitness to teach panel directs that the application be granted.

“The panel directs that she should be prohibited from making an application for re-registration for a period of two years from the date of removal.

Orkney Islands Council have confirmed that they are working on an “action plan” following Ms Learmonth’s retirement.

A spokesman said: “The concerns raised were taken very seriously and the investigation was thorough, fair and independent.

“Officers from Orkney Island Council and senior staff at the Academy are working together on an action plan, which is being implemented with parents, staff and pupils.”