OLDER blood is “as safe” for transfusions as fresh supplies, according to a new study.

Research has found that giving freshly-donated blood to patients yields no major benefits compared with the traditional practice of transfusing older blood.

Scientists say that blood given to patients which has been stored for around 21 days, which is the current standard, is as effective and safe as blood held for less than eight days.

It is the first study to show conclusively that there are no major benefits to patients from using fresher blood for transfusions.

Blood can be stored for up to 35 days under current UK safety regulations and up to 45 days in many other countries. However, there was concern among experts that older blood may carry risks for patients compared with fresher supplies.

The trial found that three-week old blood is just as effective for treating anaemic patients in intensive care units, without increased incidence of major harmful side effects.

The Age of Blood Evaluation (ABLE) study – which involved doctors from the University of Edinburgh – looked at 2500 anaemic patients in intensive care units in Canada and Europe. Researchers investigated whether the storage time of blood affects its safety and effectiveness in transfusions.

Half of participants were given blood stored for less than eight days while the other group was transfused with cells stored for three weeks, which is current practice in the NHS and other countries.

The team found patients given fresh blood did not have an increased chance of survival compared with those given older blood, up to three months after treatment. The rate of common intensive care complications was also similar for both groups.

Blood transfusion teams should not assume that fresh blood is better for patients as there is no evidence of this, the researchers say.
The international ABLE study was led by the University of Ottawa in Canada and the University of Edinburgh in the UK. It is published in the New England Journal of Medicine. The trial was funded in the UK by the Health Technology Assessment Programme of the National Institute of Health Research.

Professor Tim Walsh, of the University of Edinburgh’s Critical Care Research Group, who led the UK arm of the trial, said: “We know that changes occur to blood when it is stored that might make it less effective or even harmful for patients. But using only fresh blood would have enormous implications for blood banks.

“This is the first time we’ve been able to conclusively show that the outcomes with fresher blood are no different than with the blood currently supplied by blood banks. It will be a great relief for doctors and blood transfusion services worldwide.” 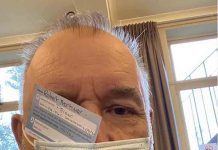 £2.75m in funding to help people at risk from drug-related harm stay connected

New findings into nanobubbles could improve dental and other health treatments