One of Britain’s greatest military triumphs, the Battle of Waterloo, will receive its bi-centennial commemoration in an event in Edinburgh.

The 1815 Battle of Waterloo saw an allied force of British, German and Dutch troops under Wellington face Napoleon’s French Army near Waterloo in central Belgium.

Over 300 performers will gather to bring alive decisive moments from the 200 year-old engagement through a dramatic musical and theatrical pageant, entitled Eve of Waterloo.

The event will be staged at the Usher Hall in Edinburgh on June 11. 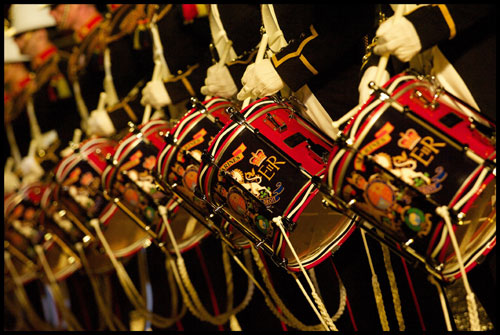 “The tales of European nations clashing during the Napoleonic Wars are remarkable for any student of military history, while the personal accounts of the soldiers and sailors add a further colourful and poignant dimension.

“ Scottish soldiers played a key role in the battle.  Indeed, a gold Imperial eagle captured that day is on show in Edinburgh Castle, the soldier who seized it is buried on the Castle Esplanade and a huge painting of the engagement is in the Great Hall.

“The Tattoo,” continued the Brigadier, “is thrilled to be teaming up with Services Charities, representatives from the Regiments whose forebears took part in the battle and an array of talented performers and technicians to stage a real extravaganza in the Usher Hall.”